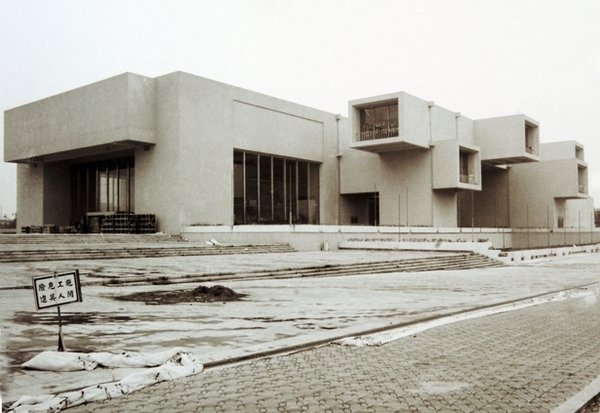 TB10 is reconsidering the biennial format through a number of structural proposals. Although we have no curatorial master plan to scream from the rooftops, a potential leitmotif is the question of what is distinctive of biennials today. What are the conditions of production a biennial creates, what can you do with a biennial that you cannot do with anything else.

Some working premises are as follows

• TB08 Revisited: Avoiding the usual tabula rasa, TB10 will build on ideas and projects from previous Taipei Biennials. For example, a number of TB 2008 artists are invited to critically revisit their previous contributions.

• Two More Years: Artists first approached for TB10 were involved in a wider curatorial discussion. This resulted in a transfiguration of TB10 into a two year process, leading to a series of smaller exhibitions 2012. The process will be sustained by an academic framework that is currently being finalized, ideally resulting in sustainable art-pedagogical infrastructure. Our partner is the Taipei Contemporary Art Center, a venue which actually began as a commissioned artwork by Jun Yang for TB 2008.

• The Show: is deliberately restricted to 23 featured artists. Among the 37 artworks, nearly half are new commissions, many more are ambitious adaptations of older work. Much of the work is process-oriented, and a third is collaborative in some manner, with some 50 further artists being included via such collaborations.

• Sputniks: Three critical companions are invited to consistently produce unsparing feedback, also amounting to interventions during TB10. The exercise hopes to upend the polarity of the corrupt intellectual vs innocent autonomy.

• September Events: The ambitious events program will kick off before the exhibition, offering a more composite timeline than usual.

• Lecture Theater: Actors and actresses enact essays written by art critics and scholar. A performative effect and translational gaps are added to the original text for the local audience.

• Taipei Art Spaces: Eights Taipei venues have articulated various levels of collaboration. These are neither parallel programs nor curated contributions, but unpredictable interfaces adopting different savors and criteria from case to case.

Tirdad Zolghadr
Zolghadr is an independent writer and curator based in Berlin. He writes for frieze magazine and other publications, and teaches at the Center for Curatorial Studies, Bard College NY. Zolghadr recently organized the UAE pavilion at the Venice Biennale 09, and the long-term exhibition project Lapdogs of the Bourgeoisie with Nav Haq. He's curatorial advisor to the Artist Pension Trust and the Guggenheim Abu Dhabi, and editor-at-large for Cabinet magazine. Zolghadr's first novel Softcore was published by Telegram Books 2007.

Hongjohn Lin
Hongjohn Lin is an artist, writer and curator. He has widely participated in international exhibitions including the Manchester Asian Triennial 2008, the Rotterdam Film Festival 2008, and the 2004 Taipei Biennale. Lin was curator of the Taiwan pavilion Atopia, Venice Biennial 2007. His publications include Blurring Boundaries: Interdisciplinary Art in Taiwan and Writing on Locality: Synthome of Post-Contemporary Arts. In 2004, he founded the artist collective Channel A. Hongjohn Lin now teaches at the Taipei National University of the Arts.