Under the heading Police the Police, the 2010 edition tests the tension between two notions of concern: surveillance and sousveillance. The curator of this edition is the historian and art critic, Mica Gherghescu. The exhibition explores various art forms (photography, painting, object, new media), in full agreement with the idea of collaboration between the visual arts and science. The opening of the exhibition is preceded by a theoretical symposium. 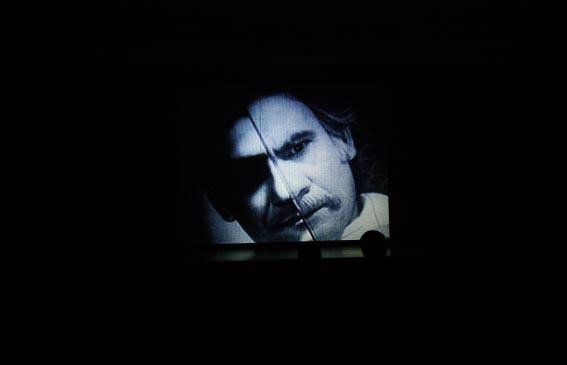 Under the heading Police the Police, the 2010 edition tests the tension between two notions of concern: surveillance and sousveillance. The curator of this edition is the historian and art critic, Mica Gherghescu:

‘For some time, the contemporary art space has been under the need for direct, radical and possibly politically effective action in the cultural field. It is a need stated either through uncompromising cultural activism, theoretical and aesthetic remodeling or through exuberant inventions in the artistic practice. In an event dedicated to “young artists” (in spirit and not in the conventional boundaries of age) the exhibit tests our vicious and creative relations with the images of authority, with its intensely visible or vaguely invisible representations. Sousveillance, the key concept of this edition, integrates, therefore, the data of a deliberate imaginative camouflage’. (Mica Gherghescu, art critic and historian)

The exhibition will explore various art forms (photography, painting, object, new media), in full agreement with the idea of collaboration between the visual arts and science.

The opening of the exhibition will take place on October 8, and will be preceded by the theoretical symposium ‘Catcher in the Eye. On inconvenient creative practices, devices and strategies of sousveillance’. The participants in the symposium are Iara Boubnova (Bulgaria), Adrian Guta (Romania), Le Peuple qui manque - Kanta Quirós and Aliocha Imhoff (France), Thomas Y. Levin (USA), Marisa Olson (USA / Germany), Marta Smolinska-Byczuk (Poland) and Jason Waite (UK).

The Biennial of Young Artists seeks to promote young creation and a better representation of Romanian contemporary art in the local and international context.

This project is supported by the European Union National Institutes for Culture, EUNIC.

The Biennial of Young Artists’ fourth edition, Bucharest 2010, opens with quite an untranslatable mirroring word pun: “police the police”. There is something tricky in the constructive symmetry of this message and in its automatically imperative stance. It seems to be captured in the net of mere illustrative restriction and second offence imminence. It would be rather superficial, nonetheless, if it went only as a militant and rebellious impetus or as yet another predictable and exhausted form of institutional critique. I would like to give for this year’s theme and exhibition another angle of incidence, modeled by a certain polymorphism, stringently contemporary and ubiquitously felt.

Policing ways of seeing are intimately linked with observance and surveillance strategies, with relationships between the observer and the observed, with points of vision and position, with tracking and targeting techniques, with mingled regulating forms of control, protection and sanction. Seen in these terms, there is some basic epistemological complementariness between police praxis and any visual study or historiography – same decoding phantasms, same morellian inductions, and same indicial reconstructions.

Going farther. I will introduce as a fertile and more indeterminate antiphrasis for the surveillance notion its counter-part concept, “sousveillance”. Launched some time ago by Steve Mann as an accompanying notion for his hybrid cyborg surveillance and mediating extensions, “sousveillance” literally designated a form of “appropriating the tools of the oppressor”, in a fundamental subversion of any Panoptikon logics. More recently and more locally oriented, Rob O’Copp’s Nottingham Office of Community Sousveillance opposes, doubles and thoroughly watches community police officers by registering their sideslips.

I convoke this notion today and I would like to test and confront it in this edition with other chameleonic artistic practices that make use of it in their civic dilemmas. How do artists and cultural activists tackle such a political subject in their work, how do they react in their own counter-observance actions towards authority and control, how do they carry their own investigations, how do they launch speculations, pendulating between “wakefulness” and “watchfulness”? How do they work “under cover” in dreaming of full disclosure?

Reminder. On the local Romanian scene, the “surveillance” history activates in the private and public space and memory long time invasive practices (acquired, hereditary, suffered of or inflicted upon others). Recent cultural productions plunged in and exploited this rich invisible heritage with its recurrent lieux de mémoire. Not to mention the paradigmatic figure of the policeman, subject to so many fictive screenplays, vampirized and mocked, nurturing his duplicities or fearing his versatility. Talking today about “sousveillance” tries to breech revolute lines of thought and reflex associations. It tries to understand the way contemporary cultural practitioners grasp this emblematic figure of control and all its possible disguises, far more diffuse and imperceptible, far more allusive and infiltrative. Local interventions (recent projects as well as historical sparkles) will try to articulate this proposition in collaborating with a wide range of attitudes, situations, objects, discourses and devices, multilayered and spread on various theoretical platforms and different international entry and view points.

Bandwidth. In analyzing Montaigne’s reflections and Walter Benjamin’s “Critique of Violence”, Jacques Derrida was reactivating one oracular saying about those legitimate fictions our law is based on. On another level, one should keep in mind the abundance of heterogeneous visionary inventions deploying in fantasy literature an impressive technical inventory that never ceases to proliferate.

More than activist radicalism, I think of an activist reverie and of giving a fictional, metaphorical indentation to this exhibition. In re-instating an old-time fantasy, could we still dribble power today through a visual “dazzling” reaction?

Organization : The Meta Cultural Foundation in partnership with Goethe-Institut Bukarest and the Romanian Cultural Institute