Groundbreaking Work. A Retrospective features approximately 120 works spanning the period from 1962 to 2010. The exhibition brings together the full range of the artist's innovative work, from his early paintings and photo-and-text works, through combined photographs using found imagery in the 1980s, and the irregularly shaped and over-painted works of the 1990s, as well as his videos, artist's books, and large-scale installations. Throughout the whole of his career, Baldessari's inquisitive approach to making art has expanded the parameters of what we consider art. His sharp insights into the conventions of art-making, the nature of perception, and the relationship between language and images are tempered by a keen sense of humor. 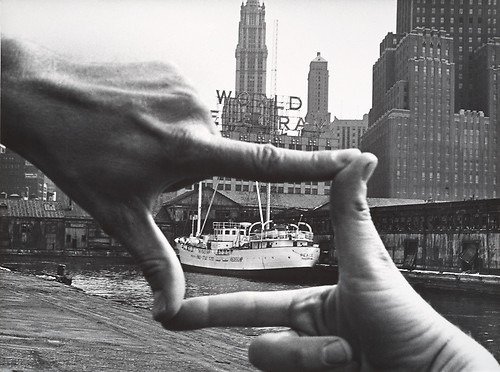 Widely renowned as a pioneer of conceptual art, American artist John Baldessari (b. 1931, National City, California) is one of the most influential contemporary artists of the last 50 years. John Baldessari: Pure Beauty, the first major U.S. exhibition in 20 years to survey Baldessari's career, will be on view at The Metropolitan Museum of Art from October 20, 2010, through January 9, 2011. This retrospective will feature approximately 120 works spanning the period from 1962 to 2010.

The exhibition brings together the full range of the artist's innovative work, from his early paintings and photo-and-text works, through combined photographs using found imagery in the 1980s, and the irregularly shaped and over-painted works of the 1990s, as well as his videos, artist's books, and large-scale installations. Throughout the whole of his career, Baldessari's inquisitive approach to making art has expanded the parameters of what we consider art. His sharp insights into the conventions of art-making, the nature of perception, and the relationship between language and images are tempered by a keen sense of humor.

The exhibition is made possible in part by The Daniel and Estrellita Brodsky Foundation. Additional support is provided by Glenstone.
The exhibition was organized by the Los Angeles County Museum of Art in association with Tate Modern, London.
It is supported by an indemnity from the Federal Council on the Arts and the Humanities.

In his groundbreaking work of the late 1960s, John Baldessari challenged historically accepted rules of how to make art. From an early career in painting he turned towards photographic images, transferring the snapshots he took of banal, Southern Californian locales onto his canvases. For works such as Econ-O-Wash, 14th and Highland, National City Calif. and The Spectator Is Compelled... (1966–68), he combined these images with words by enlisting professional sign painters to label them with their locations or with excerpts from instructional manuals. Baldessari's lifelong interest in language, both written and visual, has been at the forefront of his work, as in Clement Greenberg (1966–68), which consists of painted text from the art critic's writings.

For Cremation Project (1970), Baldessari ceremoniously incinerated nearly all the paintings he had made between 1953 and 1966. This public renunciation of painting signified a new phase of his studio practice. In the photo-based work of the early 1970s, Baldessari embraced chance, accident, and game-playing, as in the series Choosing (A Game for Two Players): Carrots (1971) and the artist's book Throwing Three Balls in the Air to Get a Straight Line (1973).

After the introduction of the portable video camera, Baldessari experimented with the new medium of video and created a number of iconic works, seven of which will be included in the exhibition. In I Am Making Art (1971) the artist performs various movements and gestures while reciting the title sentence, and in I Will Not Make Any More Boring Art (1971), he repeatedly writes this statement for 13 minutes. In Baldessari Sings LeWitt (1972), the artist sings Sol LeWitt's "Sentences on Conceptual Art" (1969) to the melodies of popular music.

In addition to his own snapshots, Baldessari has drawn from other photographic sources, including the abundant supply of inexpensive film stills generated by Hollywood. In the 1970s, he also began to employ cinematic tools as means to structure narrative. How to Make a Good Movie (1973) and Story with 24 Versions (1974), for example, use the format of the storyboard to create tension between the images and the implied narrative.

Beginning in the early 1980s, he cropped and enlarged these film stills, combining disparate images to create highly suggestive juxtapositions that lead to inconclusive meanings. Photo-compositions such as Kiss/Panic (1984) were instrumental in the development of photo-based appropriation art. Baldessari also began to abandon standard rectangular formats. Various Shadows (1984) and Upward Fall (1986), for instance, are irregularly shaped compositions constructed from several photographs. In the mid-1980s, Baldessari sometimes painted colored dots on the faces in the found photographs, as in Bloody Sundae (1987) and Three Red Paintings (1988). He discovered that obscuring the face lent anonymity to his subjects and encouraged the viewer to focus on other aspects of the images.

In recent years Baldessari has expanded the brightly colored areas of acrylic overpainting in his appropriated images. He has also incorporated raised and lowered surfaces to create subtly structured reliefs that constitute hybrids of photography, painting, and sculpture. The exhibition will conclude with examples of the artist's most recent work, in which he has increasingly focused on the fragmented human body and his interest in the relationship of parts to the whole. In the series Noses and Ears and Arms and Legs, for example, body parts are simplified, enlarged, and isolated from the surrounding environment.

As a special commission for this exhibition, Baldessari has created two monumental photo-compositions for the Museum's dramatic, domed Great Hall: Palm Tree/Seascape and Brain/Cloud. These new murals are 27-foot-wide printed canvases, and each covers an entire section of wall in the Great Hall. Palm Tree/Seascape depicts a single palm tree perfectly centered in front of an idealized seascape, while Brain/Cloud is an image of a brain-shaped cloud—or a cloud-like brain—floating on a sky-blue background.

Baldessari, who lives and works in Santa Monica, is equally renowned as a teacher of artists. He was on the faculty of the California Institute of the Arts in Valencia (1970–1988) and the University of California, Los Angeles (1996–2007). As a professor he has exerted tremendous influence on artists who were his students, such as Barbara Bloom, Jack Goldstein, David Salle, and James Welling. His work has also influenced numerous artists of succeeding generations, including Cindy Sherman and Barbara Kruger, among others.

John Baldessari: Pure Beauty is organized by Jessica Morgan, Curator of Contemporary Art, Tate Modern, and Leslie Jones, Associate Curator, Prints and Drawings, Los Angeles County Museum of Art (LACMA). The presentation of the exhibition at the Metropolitan is organized by Marla Prather, Senior Consultant, assisted by Ian Alteveer, Research Associate, both in the Museum's Department of Nineteenth-Century, Modern, and Contemporary Art.

The accompanying exhibition catalogue features 400 illustrations and essays by 10 writers, curators, and art historians. Among the contributing essayists are Douglas Eklund, Associate Curator in the Metropolitan's Department of Photographs, and the painter David Salle. The catalogue, published by LACMA and Prestel Publishing, will be available for sale in the Met's bookshops ($75 hardcover; $45 paperback).

Education programs organized in conjunction with the exhibition include screenings of documentary films on the artist, gallery talks with Marla Prather and Ian Alteveer, and a Sunday at the Met program on November 21 at 2 p.m. that will feature John Baldessari in discussion with David Salle, introduced by Marla Prather.

An audio tour of the exhibition, part of the Museum's Audio Guide Program, will be available for visitors to download onto their own MP3 players, at no charge, from the Museum's website and from iTunes. The John Baldessari: Pure Beauty audio program will be introduced by the Museum's Director, Thomas P. Campbell, and narrated by Marla Prather. It will feature a new interview with Baldessari—recorded specifically for the Metropolitan's presentation of this exhibition—as well as commentary from his students Barbara Bloom, James Casebere, and David Salle. The audio tour will also be available for rental at the Museum ($7, $6 for Members, $5 for children under 12).

The Audio Guide is sponsored by Bloomberg.
For further information about the Museum's programs, visit the website at www.metmuseum.org/events.
Before its presentation at the Metropolitan Museum, John Baldessari: Pure Beauty was on view at Tate Modern, London; Museu d'Art Contemporani de Barcelona; and Los Angeles County Museum of Art.