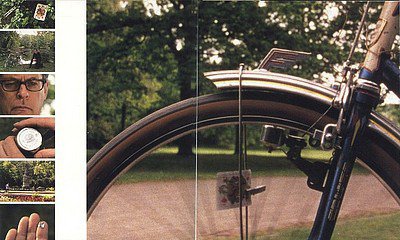 With the exhibition Big Picture (Locations / Projections), the Kunstsammlung Nordrhein-Westfalen showcases its holdings of film and video installations. Among the classics of recent art history found in this continuously growing video collection are works by Steve McQueen, Shirin Neshat, and Rodney Graham. This selection from the museum's collection has been supplemented by loaned works by internationally renowned artists.
The presentation is organized around 12 large-scale pieces which are seldom on display due to the scale of their projections. With altogether 1100 m2, the exhibition’s architectural setting, especially designed in collaboration with Stadler Prenn Architekten (Berlin) for the basement level of the K21 Ständehaus, provides a setting which does justice to the spatial and physical aspects of these projections. The precise technical specifications provided by the artists shift these installations – which genuinely exist only in the form of concrete presentations – into proximity with “performance art” media such as dance, theater, and music.

The Big Picture is the title of a work by recently deceased California artist Jason Rhoades (1965–2006). But in this context, the term “Big picture” also refers to the “large-scale overview” made possible by the presentation of a large collection. When Rhoades, working with the precision of a cartographer, effects an ironic reversal by displaying a large garden on a small flat screen, he provides the upbeat for an exhibition of film and video installations which highlights the diverse approaches of the cinematographic installation. The presentation revolves around a selection of 12 installations, half of them from the permanent collection of the Kunstsammlung, the other half of which are loans. Shifts of perspective and scale, as well as conceptual leaps, generate a filmic atmosphere residing somewhere beyond cinema, whose most powerful inventions include images of journeys, landscapes, and the natural world. “Common to these works,” explains curator Doris Krystof, “is the possibility of experiencing landscape through film, and of seeing how artists construct their spaces.”

Among the pioneers of the large-scale installation – a genre which became feasible only through the availability of high-intensity projectors in the 1990s – represented in the exhibition is Steve McQueen. His work for documenta Carib ́s Leap/Western Deep (2002) is configured in two separate rooms: here, the despairing inhabitants of a Caribbean island leap to their collective deaths from a cliff; there, a view of everyday working life in a South African gold mine.
Shirin Neshat, an Iranian artist who lives in New York, confronts viewers simultaneously with four projections set inside a square structure, each of which shows the same woman covered in a full body veil. This figure is the artist herself, who transfers the significance of skin, covering, and containment onto the architecture. According to Neshat, this work, entitled The Shadow Under the Web (1997), shows “the ideological subdivisions of space which serve to separate the sexes.”
Dominique Gonzalez-Foerster narrates her Shortstories (2008) – which consists of three short films – in the form of a network of documentary, fantasy-based, and autobiographical elements. Repeatedly, she embarks upon journeys to locations where films or narratives are produced about the act of journeying itself.
While Steve McQueen’s projections can be seen only at fixed performance times which are regulated through personnel and automatic guiding systems, Rodney Graham conceives of the beholder as a self-determined protagonist. In Phonokinetoscope (2001), a film of a bicycle ride, edited to form an endless loop, corresponds to the rotation of an LP record. The dropping of the record player's needle triggers the projection, in which sound and video track remain asynchronous, coinciding in perpetually new combinations: this offers the possibility of generating “myriads of music videos” (Rodney Graham).

Symposium
Taking place on Sunday, June 25, 2011 from 11 a.m. to 6 p.m. in collaboration with the Ruhr-Universität Bochum will be the symposium The landscape was difficult to describe, whose topic is the exhibition Big Picture.