The Confidence Man. New film and audio work, made by the artist while in residence at Empac in spring 2010, is shown alongside a series of alterations to the building's environment that range from the theatrical to the virtually invisible. The Confidence Man features work that has grown out of that research-including hacked Atm machines, rogue Wifi networks, monologues drawn from spam emails, and a tribute to the 1973 film The Sting. 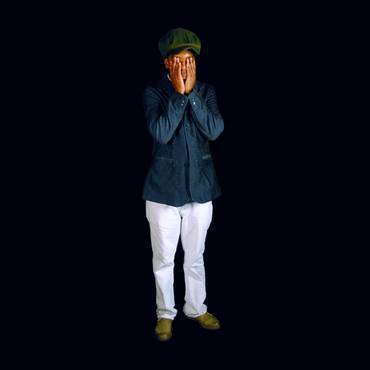 EMPAC is pleased to announce The Confidence Man, an exhibition of projects by New York-based artist Graham Parker. New film and audio work, made by the artist while in residence at EMPAC in spring 2010, is shown alongside a series of alterations to the building’s environment that range from the theatrical to the virtually invisible.

Parker has long been interested in spectrality-the concealing of one set of operations behind the appearance of another. His 2009 book Fair Use (Notes from Spam), explored spam emails as the latest manifestation of a longstanding mode of deception that has accompanied nearly all new developments in human transport and communication networks (the book touched on such phenomena as Nigerian spam, 19th century railroad cons and medieval beggar gangs). The Confidence Man features work that has grown out of that research-including hacked ATM machines, rogue WIFI networks, monologues drawn from spam emails, and a tribute to the 1973 film The Sting.

For three weeks starting on Monday, March 21, the artist will be working in the space for a few hours each day, using the exhibition as a studio and making ongoing alterations to the installation. Parker will be available for conversations with the public on a drop-in basis if he is onsite. To book or confirm a tour or conversation with the artist, please call the EMPAC box office at 518.276.3291.

Graham Parker is a New York-based multimedia artist and writer. His work considers contemporary digital phenomena against the historic contexts and antecedents from which they emerged-often finding unexpected, even uncanny connections between these different moments and modes. His work has been commissioned by the Tate Gallery, Henry Moore Institute, Center for Understanding the Built Environment, Foundation for Art and Creative Technology, Lower Manhattan Cultural Council and the Arts Council England, among others, and is held in public and private collections around the world. His 2009 book Fair Use (Notes from Spam) was described in Artforum as "meticulous historical research… a superb analysis."

About EMPAC
The Curtis R. Priem Experimental Media and Performing Arts Center (EMPAC), founded by Rensselaer Polytechnic Institute, is an international hub for art, performance, science, and technology - offering adventurous interdisciplinary public events, support for artists and scholars engaged in creative research, and the resources of a state-of-the art facility for digital media production, research, and performance situated on a college campus.

EMPAC’s building is a showcase work of architecture that spans the physical and digital worlds. With a 1,200-seat concert hall, a 400-seat theater, two flexible black box studios, audio and video production rooms, and residency studios, EMPAC is a unique environment where digital technology and human experience can meet.

EMPAC 2010-2011 presentations, residencies, and commissions are supported by grants from the National Endowment for the Arts, the National Dance Project of the New England Foundation for the Arts (with lead funding from the Doris Duke Charitable Foundation; additional funding from the Andrew W. Mellon Foundation, the Community Connections Fund of the MetLife Foundation, and the Boeing Company Charitable Trust), and the New York State Council for the Arts. Special thanks to the Jaffe Fund for Experimental Media and Performing Arts for support of artist commissions.