Jacob Aue Sobol belongs to a generation of photographers who have helped to revive interest in photography in Danmark and to profile Danish fine art photography internationally. He works with an updating of classic black-and-white photography in his visual explorations of the surrounding world. 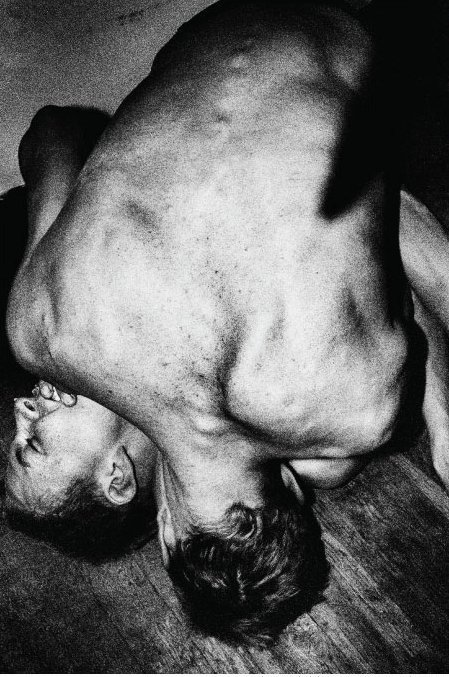 Jacob Aue Sobol belongs to a generation of photographers who have helped to revive interest in photography in Danmark and to profile Danish fine art photography internationally. He works with an updating of classic black-and-white photography in his visual explorations of the surrounding world. The subject that has especially captured Aue Sobol’s attention is mankind. And in his own view he uses the camera to understand his fellow human beings.

And it is mankind that is the focus in Fotografisk Center’s exhibition of Jacob Aue Sobol’s Stories. Here for the first time he combines subjects from various series in a thematic hanging which – with humanity as the point of departure – deals with the body, society and human interrelations. These are direct, urgent images, sometimes intimate, sometimes distanced.

In the exhibition Stories we encounter photographs from Bangkok, Denmark, Greenland and Japan – among other things a number of works from the famous series I, Tokyo from 2008; but there are also pictures from Sabine, 2004, as well as a brand new, still unfinished series of subjects from Denmark. Common to most of the pictures is a subtle formal balance between the ‘snapshot-like’ and very deliberate, calculated composition. The choice of black-and-white gives the photographs a distinctive materiality, as well as underscoring the effects of light and line in the pictures.

The exhibition is built up in three parts. One part consists of 25 framed photographs, while a second part comprises four large portraits. Finally there is a double projection where various subjects succeed one another in a constant asynchronous flow. Overall, the exhibition has the character of an installation, intended for and entering into a dialogue with the exhibition space.

At Fotografisk Center we are very pleased to show Jacob Aue Sobol’s pictures, not least since he has wished to tailor his exhibition Stories specifically to our new exhibition space at Carlsberg. We would therefore like to express our great gratitude to Jacob Aue Sobol for his fine cooperation. At the same time we would like to thank the Danish Arts Council for financial support for the exhibition.

Jacob was born in 1976 in Copenhagen, Denmark, and grew up in Brøndby Strand in the suburbs south of Copenhagen. He lived in Canada from 1994-95 and in Greenland from 2000-2002. In Spring 2006 he moved to Tokyo, staying for almost two years. He now lives and works in Copenhagen.

After studying at the European Film College, Jacob was admitted to Fatamorgana, the Danish School of Documentary and Art Photography in 1998. Here he developed a unique, expressive style of black-and-white photography, which he has since refined and further developed.

In the autumn of 1999 he went to live in the settlement Tiniteqilaaq on the East Coast of Greenland. Over the next two years he lived in this township with his Greenlandic girlfriend Sabine and her family, living the life of a fisherman and hunter but also photographing. The resultant book Sabine was published in 2004 and the work was nominated for the 2005 Deutsche Börse Photography Prize.

In 2006 Jacob moved to Tokyo and during the next two years he created the images for his book I, Tokyo. The book was awarded the Leica European Publishers Award 2008 and was published in seven European contries.

Jacob has since been working on the project Home, where, for the first time his subject matter are the relationships between people from his own home environment in Denmark. The project will be published in book form in 2012.

In 2008 Jacob started working in Bangkok and in 2009 in Copenhagen. This is now a work in progress.