Artis's experience as a mountaineer was brief and intense, spanning the period from 1975, when he was barely 16, to 1982, the year he climbed Everest. From that point on, he turned his energy to producing sculpture and the climbing experience of his youth seemed to have no place in his work. 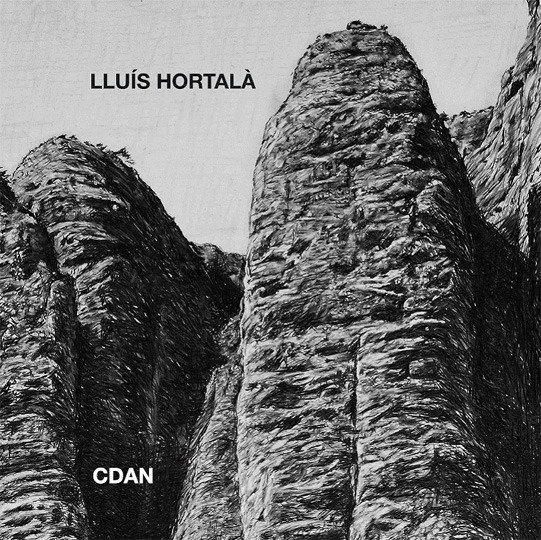 Lluís Hortalà’s experience as a mountaineer was brief and intense, spanning the period from 1975, when he was barely 16, to 1982, the year he climbed Everest. From that point on, he turned his energy to producing sculpture and the climbing experience of his youth seemed to have no place in his work. However, the alpine theme eventually surfaced in 1999, when he was working in London, a city far from any mountains. That was the year he began producing the London Mountains series of postcards, where the alpine landscape, recreated in as a portable ceramic element, served as a backdrop for urban icons like the Tower Bridge.

The return of mountains was also dramatically evident in another work executed by Hortalà the same year: All the Mountains that I Have Climbed is a seven-metre long unfired clay sculpture where the peaks the artist had scaled are recreated from memory based on a recollection that is more tactile than visual. This same tactile experience is the source of the meaning embodied in a series of alpine drawings executed between 2000 and 2006, one of which belongs to the CDAN collection.

Since 1999, mountains have been the main theme of Hortalà’s work. He deals with his subject matter in different ways. On the one hand, his climbing experience leads him to demystify mountains, treating them as stage machinery or settings and presenting us with mountains that are illusory in his optical pieces. But inevitably the same mountains, and specific ones, also become potent symbols, particularly in his project focusing on the Montserrat mountain chain (near Barcelona).

A new perspective opens up when mountain climbing is viewed as a metaphor, and specifically as analogous to artistic practice, and by extension to life itself. This idea is linked to Hortalà’s interest in a mystical treatise written by García Ximénez de Cisneros, an Abbot of Montserrat, which led him to choose the title Exercitatorio for one of his latest projects. According to Teresa Blanch, Hortalà’s mountaineering background taught him that “hypersensitive perception is one way the body reacts to extreme conditions; this gives rise to a radical, non-retinal way of seeing things.”

Hortalà tends to revisit his work and views time as a space that can be traversed. He has retrieved works executed before 1999, where mountains do not appear explicitly, to create a dialogue between these early pieces and his new work. His large cones of materialised light, made in 1993, reappeared in 2004 in an installation presented at the Gulbenkian Museum in Lisbon, alongside pieces that directly reference the alpine experience. He also reused his Topologías de la visión (executed in 1991), a series of large wall sculptures, covered in polyester and meticulously painted, like opaque mirrors that reflect the gaze. The works were given new life ten years after their creation in his optical pieces, where images of the mountains are “scattered”. The passivity of sight seems to be rewarded with what is observed, but the fragmentation, the multiplication of the landscape in discs or segments, brings us back to real experience.

In Hortalà’s climbing experience, his ascents in the Montserrat mountain chain and Riglos are of particular significance. After a series of works focusing on the Catalan massif, the artist has now turned his attention to the mountains of Huesca. These new works will be unveiled in an exhibition at the CDAN. Like the Montserrat mountain chain in Catalonia, the Huescan rock formations known as the Mallos de Riglos are part of the region’s collective mythology and feature in many legends. They are also integral to people’s private mythologies. Hortalà tackles the rock formations with a spirit analogous to that of the Surrealists, seeking answers in the stones. One of the drawings inspired by Riglos has a significant title with Bretonian roots: Mineralogía Visionaria (Visionary Mineralogy).

The CDAN exhibition will explore the theme of mountains in Hortalà’s work. Based on the climber’s experience – from which the artist returns as if from “the other side” – it will also offer a critical view of our habitual way of seeing. At the same time, by contributing to the art-nature dialogue and contextualising the work of an artist represented in the collection, the show will contribute to the achievement of two key objectives of the CDAN’s exhibition policy.