Whistling In The Dark

Bringing together artists, photographers, animators, filmmakers and documentarians, the exhibition explores artistic responses to fear, with themes ranging from terrorism, psychiatric illness, homicide, our over-reliance on medical science, the loss of the natural environment, and the threat of female sexuality. 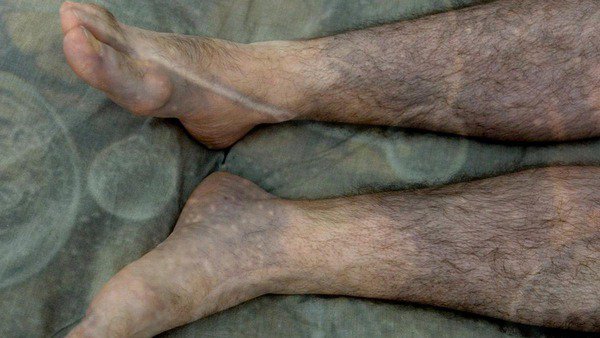 Curatorial project Stomper is proud to present Whistling in the Dark, a group exhibition in screening format that explores contemporary fears. Bringing together artists, photographers, animators, filmmakers, and documentarians, Whistling in the Dark, explores artistic responses to fear, with themes ranging from terrorism, psychiatric illness, homicide, our over-reliance on medical science, the loss of the natural environment, and the threat of female sexuality.

In exploring fear the artists take varied approaches in both medium and emphasis. From Boswell’s The girl with stories in the her hair which juxtaposes a childlike hand-drawn animation with the world of prostitution; Aitchison’s faux news report style of presenting an esoteric conspiracy theory surrounding the 2012 Olympics; Worm Hotel’s Misery Bear: Dawn of the Ted in which teddy bear protagonists re-enact the famous horror film Dawn of the Dead; Maffioletti’s A Room of One’s Own explores women and art making through the voyeuristic gaze of surveillance; and Hattler’s Dante-esque vision 1925 aka Hell inspired by the work of French outsider artist Augustin Lesage.

Whistling in the Dark aims to look at the way in which artists use the power of contrast and the appropriation of popular culture standards to explore the effect of fear.

This exhibition also explores the myths that lead to the creation of fears, most evident in Davies’ short documentary The Beast of Bont, which studies the affect of rural myths on the mentality of a village; and Gast’s ‘shopping list’ – Something to be scared of – of contemporary fears perpetuated by the media ranging from the absurd to the serious.

The vulnerability of the human body, and our growing reliance on medical science contrasted with a growing fear of the same sciences is tackled in Louis’ Prelude, which interprets the stream-of-consciousness of a bilateral amputee, and in Warner’s Aphasia Mechanica III a motion animation investigating corporeal based fears through ambiguous bionic creatures that inhabit the body.

The contrast of the home as somewhere safe or somewhere to be fear is explored in Lippillio’s atmospheric piece Flickering Lamp alluding to the home as a site of trauma, suggested violence, and invasion. Wilkins’ The Distinction Between Being Grounded and Airborne, a dark comedy animation about a homicidal house, contrasts Lippillio’s piece.

Three of the pieces in Whistling in the Dark explore elements of psychosis. Tyc’s Umbrella – a short film adaptation of the Fernando Sorrentino short story, "There is a Man in the Habit of Hitting Me Over the Head with an Umbrella" – takes a magical realist approach to articulating the universal aspects of trauma. Nakazaki’s Chapter 1 – the picture cards expresses fear as the main protagonist’s daily routine slips into a slothful existence brought on by his uncontrollable excesses. Paul Farmer & the War-rag Cornish film collective’s feature length The Lark is an exploration of the fractured mind of the main protagonist as fear forms the catalyst for her psychosis.

Warfare, terrorism, and the mediation of images of violence form the basis of the final two pieces in Whistling in the Dark. Helmcke’s animation, Destrukt is built up on single frame drawings taken from political report photographs, brings into question the escalating fears that surround terrorism, ensuing warfare, and the vicious cycle of scientific advancements aiding warfare. Drawing on mediated images of war is Silberstein’s Excerpt. The military forces wash through, over-turning the life of the civilians living there; exemplified by recent civil uprisings and militaristic quashes in North Africa and the Middle East.