Daphne Navarre manipulates forms and objects, she cuts them out, assembles them, piles them up in installations that look like a three-dimensional collage. Ruee vers la perdition is the Module 2 of Les Modules / Fondation Pierre Berge'-YSL, a program and a tool for experimentation and the promotion of the young French art scene. This show invites us to reflect between past and present; it showcases a collection of works created in Brazil, where a civilization grew at the end of the 17th Century as a result of one of the greatest gold rushes in history. 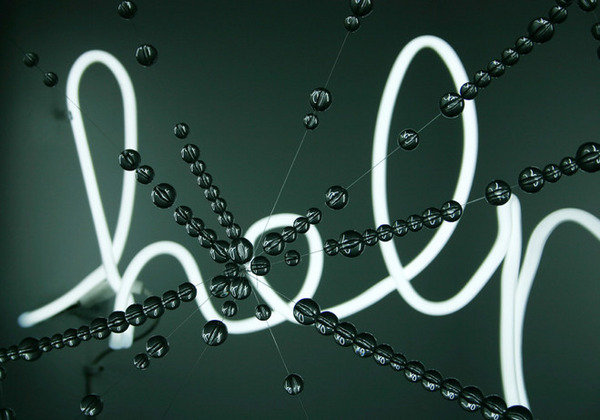 Laurent Pernot works mainly with video but also has an interest in photography and installation. He creates short scenes shrouded in mystery that sometimes lead to confusion; the off-screen, together attractive and frightening, seems to hold the key. Through poetic language, and some delicate audio work, the young artist recreates dreamlike worlds and evokes the supernatural. He glorifies nature while playing with our memories and views of the future. He tries to make us feel disorientated and to trigger amazement in us.

The exhibition “Ruée vers la perdition” [Rush to Iniquity] invites us to reflect between past and present. It showcases a collection of works created in Brazil — more precisely in the Minas Gerais region, where a civilization grew at the end of the 17th Century as a result of one of the greatest gold rushes in history. The eponymous video makes us dive into the darkness of today’s abandoned gold mines, linking them with images of artworks made with metal extracted from those very mountains.

It is accompanied by the sculpture of a donkey resembling an archeological discovery, partly buried in the ground. Further away, appears a hearth, its branches and twigs ready to burn for warming, or protecting, and covered with gold, taking on a valuable character.

Daphné Navarre manipulates forms and objects, she cuts them out, assembles them, piles them up in installations that look like a three-dimensional collage. By questioning the shapes and signs that surround her, she appropriates a language of form. Taken out of its context, emptied of references, that language is deployed to create a poetic body of work.

For her exhibition at the Palais de Tokyo, Daphné Navarre is displaying her work on a scale designed to fill a space, and occupying the Module 1 exhibition site by highlighting all the traces of the works that have been exhibited there. Deriving her inspiration from the markings on urban roadworks which fleetingly signal the types of work to be done, thanks to a formal code, the artist reveals the forms. Her gestures create the work through an accumulation of traces.

The identities of the works have disappeared, only the shapes are present. Thus paradoxically, emptiness creates volume, and absence a space for thought. The same is true of the title of the exhibition “Singapour, Marina Bay”. These words that conjure up sound poetry and name a distant place are in fact no more than a trace on a found piece of paper belonging to the artist’s collection.

Since its inception in September 2006, the Modules program has played host to more than 150 artists, and is today proving to be a fantastic tool for experimentation and the promotion of the young French art scene. Since 2010, the Pierre Bergé-Yves Saint Laurent Foundation is sponsoring the Palais de Tokyo Modules.

A laboratory and an instrument for promoting young french creativity

A laboratory for young French creativity, the Palais de Tokyo Modules every month give the seal of approval to two ot three artists living in France in spaces specially reserved for the program. A new generation of artists (25 to 30 years of age) has recently appeared, and is having a profoundly upsetting impact on the French artistic landscape. The Palais de Tokyo supports this emerging art, sustains this spirit of renewal, and — as from 2006 — has created the Modules, a program of exhibitions entirely dedicated to promoting this new generation. The Palais de Tokyo’s Modules program is not satisfied with just exhibiting the artists, it accompanies them in the production of their works over a period of time, and offers them considerable visibility in the media as well as a unique international network.
A pool of talent scouts

The Modules program is devised in collaboration with prominent figures in the art world, bringing together its partner, Le Journal des Arts, representatives from contemporary art museums and centers as well as young exhibition curators. Le Journal des Arts gives the artists a free hand, and in each issue publishes a graphic intervention by one of them, designed especially for the occasion.