Von-Nil. Lahart makes irreverent social commentaries in his work, often highly politically charged and full of humour. However this use of wit and irony is always matched with a profound investigation into the history of art and contemporary art's position within the 'real' world. 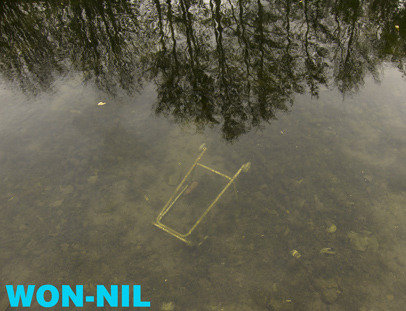 Temple Bar Gallery + Studios is pleased to present Won-Nil, a solo exhibition of newly commissioned work by Irish artist Nevan Lahart. Lahart makes irreverent social commentaries in his work, often highly politically charged and full of humour. However this use of wit and irony is always matched with a profound investigation into the history of art and contemporary art’s position within the ‘real’ world.

About fifteen years ago, Nevan Lahart submitted a proposal for a ‘percent for art’ public art commission. The proposed piece was to be situated on a motorway roundabout in Co. Cork. His proposal was an attempt to commemorate a collective national experience which could be seen to have symbolically kick started the 15 good years in Ireland, known universally as the Celtic Tiger. The proposal was rejected.

Over the intervening period, he stuck to the idea as one that was still worth doing, even as the opportunities to present public art works – ostensibly under the Irish per cent for art scheme – faded with the recession. In this time, Lahart has also come to the realisation that public art projects are a ‘pain in the arse’. With this in mind he will make a 1/3 scale maquette of the roundabout sculpture, serving as a memorial to more heady days when people came home as opposed to leaving home.

Lahart will also show a scale model of a more recent failed public art proposal for Temple Bar Gallery + Studios. It involves two of Ireland’s most prominent public figures, one of whom is on record as a self declared Hero. He will also unveil the first installment of his new ‘Value for Money Paintings that Won’t Get You Far’ series.

Despite the disparate nature of the work, there is a constant thread tying the various elements together – a questioning of where we as a society find ourselves culturally, both in terms of popular culture, and in the realm of the artworld, and quite often the disparity between the two. However, despite Lahart’s willingness to poke a finger in our cultural eye, he is also keen to show us the beauty of certain moments in our shared cultural experiences.

In 2012, Temple Bar Gallery + Studios places a renewed emphasis on production. This exhibition is one of two commissioned solo exhibitions by Irish artists in 2012/13.