El gran Sur. This exhibition explores the South and its relationship with the rest of the world. The works on show will offer different interpretations of the South depending on the respective artist's place of origin. With more than 50 artists and groups: some of them will take their orientation from geographical categories the South's magnificent landscapes. Others will focus on political and social aspects, some as an allegory and a metaphorical projection. 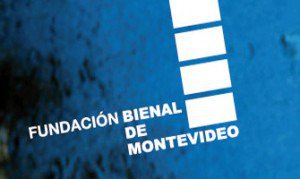 An international visual arts biennial, hosting over 50 artists from five continents, to be held in November and December 2012 at the Grand Hall of the Main Branch of the Banco de la República Oriental del Uruguay.

The General Curator of this cultural undertaking is Alfons Hug, who has acted as curator at several international events, such as the São Paulo Biennial on two occasions, the Biennial of the End of the World, in Ushuaia, Argentina, ILLA Curator of the Venice Biennale 2011 and of the Curitiba Biennial 2011. At present, he is the Director of the Goethe Institute of Rio de Janeiro, Brazil.

The first edition of the Montevideo Biennal will be entitled El Gran Sur (The Great South) and, in the words of its curator, “will seek to determine the existence of a distinctive aesthetic dimension under the Southern Cross”.

The event ”once again places Uruguay at the centre of attention. From being a beacon of modernity in the early 20th century, the country faded somewhat into the background but is now giving signs of resurgence and of a renewed appreciation of its identity.”

Collateral events will take place in other venues throughout the city, such as museums, cultural centres, art galleries, public areas, the airport, the port, even in the street.

Lectures, seminars, debates, workshops, roundtable discussions and conferences will also take place at different points. Together with the Educational Project, these events will make education a priority and consolidate the Montevideo Biennial as a benchmark in the field of art, research and social inclusion.

Through its educational project, the Montevideo Art Biennial provides a powerful ethical, social and cultural framework for the community.

The Great South
by Alfons Hug

The four points of the compass are not only points of reference in a circle of 360 degrees divided into four quadrants. They also are guides on the wind rose of cultures and metaphorical constructs that are subject to ever new interpretations during the course of history.

Orientation, which literally means looking East, is an attempt to calculate the course of the sun and to determine one’s position somewhere between the four ends of the earth.

One ought, therefore, to believe that in a world marked by imbalance and disorder, the four points of the compass would at least carry the same weight. In fact, however, there have been but two main points of orientation during the past few decades: West and East.

The West: from the early days of the twentieth century on, and regarded from a hegemonic perspective, the West was the smaller half of Europe plus North America, although according to an apt remark made by Mario Vargas Llosa, South America clearly also belongs to the western hemisphere: “somos occidente”.

The West: according to this logic, it also represents a superior economic, political and cultural model – and the East its underdeveloped counter pole: with Eastern Europe now extending far into Asia, just as it did on the sable hunt of the Russian Cossacks in the 17th century.

During the Cold War, the East began just the other side of Berlin and reached as far as the Pacific – and included both Siberia and China.

The North, which basically comprises parts of both the West and the East, appeared only marginally in this equation: and then only in the form of military models, such as NATO’s North Atlantic Treaty. Only in the past few years has the North been upgraded: from the moment it became evident that the Polar regions were going to play a vital role in the climate debate.

This exhibition now explores the South and its relationship with the rest of the world. The works on show will offer different interpretations of the South depending on the respective artist's place of origin – the southern or northern hemisphere, the West or the East.

Some artists will take their orientation from geographical categories – e.g. the South's magnificent landscapes. Others will focus on political and social aspects.
Some will examine the South as a real place, others as an allegory and a metaphorical projection.

In the Antique view of the world, the Earth consisted of three large continents grouped around the Mediterranean. All that lay to the south was terra incognita. When this new territory (which was often labelled Hic Sunt Leones on old maps) was finally discovered by European adventurers, the latter were surprised to discover that the southern regions had already been settled.
If the light came from the East, the warmth came from the South. In most Indo-European languages, “south” is consequently derived from “sun” and endowed with positive associations. Here lay the land of beauty, sensuality and freedom.

Paul Gauguin was one who sought his salvation in the South, first with Van Gogh in the "Atelier du Sud" in Arles, then alone in the "Maison du jouir" (The house of pleasure) in Tahiti, where the light was even whiter than in the Provence and one could indulge in pure art among free people, far from a decadent Europe. Only here could Gauguin create his legendary painting addressing three central questions of humanity: "Where do we come from? What are we? Where are we going?" (1897)

In the exotic worlds of European artists, one aspect always has to do with fantasizing about their own, imaginary life scripts, about the principle of hoping for salvation from a regulated and alienated life.

For the rest of the world the Tropics were always the "paradise just around the corner," to quote one of Mario Vargas Llosa's latter novels. But they also had to serve as a bleak caricature, as in Joseph Conrad's Heart of Darkness.

South is not only the swelteringly hot Tropics, but also the icy Antarctic, and there is only one point on the Earth from which all roads lead to the North: the South Pole. Although affected by the environmental sins committed by the rest of the world, the great southern continent is still largely in a state of sublime innocence. It is the land before the Fall, and perhaps the last great promise to humankind since after the Tropics lost some of their paradisiacal charm.

The ice crust of this mythical region is like an enormous archive. Antarctica is frozen time.

For peoples living north of the Alps, the south is their favoured direction. Yet here, it is not simply a question of a real, but also of a spiritual topography. The South is an idea that we carry within ourselves. “Everyone is born with his/her South” sighed the poet Jean Paul, full of wanderlust.

But which point of the compass do the inhabitants of the southern hemisphere prefer?

Indeed, during the course of human history, there have always been vast migratory movements in both directions. More than 100,000 years ago, “Homo sapiens” set off from equatorial East Africa and made for the then unsettled North. Later, however, in the early modern age, the European conquerors and emigrants decided to travel in the opposite direction. Nowadays, millions of migrants from Africa travel to Europe, and those from South America to the northern realms of the continent.

The migratory movements are a visible expression of what has emerged as the North-South conflict since the end of colonialism. It is a system of global inequality in which North and South have entered into a new relationship in terms of world history. (2)

In the case of Africa, Europe made a decisive contribution towards creating the fault lines on the largest continent in the South by drawing arbitrary borders during the colonial period.