pssst Leopard 2A7+. A sound installation, a construction that imitates the Leopard 2A7+, a battle tank produced by the armaments manufacturer Krauss-Maffei Wegmann. 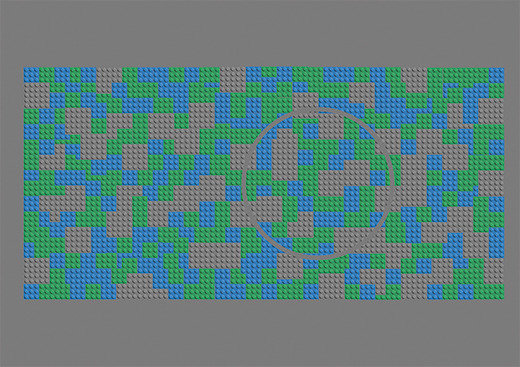 In her third solo exhibition at Johann König, Natascha Sadr Haghighian deals with the phenomenon of the public secret, a secret that everyone is aware of.

Her sound installation "pssst Leopard 2A7+", a prototype which she will present for the first time in an exhibition, is a construction that imitates the Leopard 2A7+, a battle tank produced by the armaments manufacturer Krauss-Maffei Wegmann. The Leopard 2A7+ battle tank was developed from the prototype Leopard PSO (Peace Support Operations) and was first introduced to the public in 2010, after it was tested by the Bundeswehr under the name Leopard 2 UrbOp.

The Leopard 2A7+ was designed for deployment in urban environments—for the pacification of riots, protests, and armed conflicts in cities and small towns—and was adapted particularly to hot climate zones through improvements to its air-conditioning system.

"pssst Leopard 2A7+" is a copy of the “real” Leopard: it possesses the same base area measurements (3.76 x 7.72 m—in accordance with rail loading specifications), and the position of the turret is adhered to as well. Its realization in Lego baseplates was executed with the meticulousness of a modeler, adhering closely to measurement and scale.

Simultaneously, "pssst Leopard 2A7+" is a farce; it can neither drive nor engage in combat. Instead of the turret with its pivotable gun barrel, whose bearing is measured by clock position—canon is at 6 o’clock—it possesses only headphone plugs—one per minute. One can sit or lay on it and examine it auditorily via plugged-in headphones. Among the sounds to be heard are field recordings, noises from the inside of the Leopard, echoes from places it was traveling through, and voices that parrot it.

On one audio channel, the one-hundred-page Rüstungsexportbericht (German Armaments Export Report) is recited in various moments over the span of a day—while making tea, in the U-Bahn, while shopping. On another channel, one hears the voices of demonstrators drafting a letter to the Leopard in Arabic. On a third, one evidently finds oneself inside the Leopard’s broken air conditioner.

The "pssst Leopard 2A7+" aligns itself in a chain of mimetic acts. It mimes the “real” Leopard and parrots the countless replicas and model Leopards that are being assembled in the hobby basements of the Republic. In a further mimetic gesture, it tries to approximate itself to the “animal” in the track vehicle.

What does “becoming animal” mean within this relation, and why are all German tanks named after animals? Mimesis is often carried out as part of a magical operation. In the case of Natascha Sadr Haghighian’s sound installation, it is a question of what magic is needed to unmask the public secret in which the Leopard 2A7+ is shrouded and make the silence that surrounds the tolerated facts of German armaments manufacturing speak.