Splintering Time, Fragmenting Space. With an eye to representing the broad range of Lozano's prolific practice, Root has assembled an impressive cross-section of works that includes his long-form magical narrative The Three Sevens. 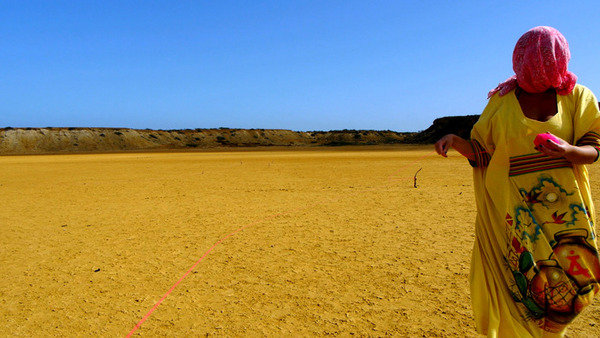 Vtape is deeply honoured to present the first major survey exhibition of the video works of Jorge Lozano. A key figure in the independent media arts scene in Toronto and Canada for several decades, Lozanoʼs narrative and experimental works have shown in many prestigious festivals including Toronto International Film Festival and Sundance.

A founder of aluCine: Toronto film + media arts festival, Lozano has mentored scores of young artists, providing an exhibition platform for their highly experimental works as well as conducting workshops for marginalized youth in Canada and Latin America. All the while he continues to develop and expand his own practice which circles the deeply associative relationships between people of different cultures and classes as they intersect in the realpolitik of daily life.

With an eye to representing the broad range of Lozanoʼs prolific – often collaborative - practice, Root has assembled an impressive cross-section of works that includes his long-form magical narrative The Three Sevens (1993) as well as the recent impressively philosophical tour de force, Stratigraphies (2012), shown as a single-channel HD projection.

Additional installations include the sensuously beautiful 2-channel Kuenta (2012) made in collaboration with Alexandra Gelis and Situations (2012) a 3-channel reconstitution of decades of Lozanoʼs footage recorded on the streets during a variety of public actions and demonstrations. And finally there is Watch My Back (2010) which documents Lozanoʼs work with youth groups in Toronto and Columbia. All of these are complemented by a 6-title compilation reel featuring works from 1984 to 2009.

Deborah Root is a well-published writer and critic, author of numerous articles and reviews as well as a seminal text on colonial power and cultural exchange, Cannibal Culture: Art, Appropriation and the Commodification of Difference. This exhibition, JORGE LOZANO: Splintering Time, Fragmenting Space, is her first foray into curating. Her monograph essay on Lozanoʼs work is available in printed and on-line form through Vtape and the Vtape website.

Splintering Time, Fragmenting Space is the 10th edition of Vtapeʼs Curatorial IncubatorTM, an award winning mentorship program providing support to emerging curators of video art. Applications to this competitive program are carefully juried – this year by me and Assistant Curator at the Power Plant Julia Paoli - and the award reflects not only the quality of the proposed project but, in this case, the crucial nature of the proposal. The jury felt that the time was absolutely right for a major exhibition of the work of Jorge Lozano.