Represent. An insight into Shabazz's photographic oeuvre in which he depicts the dynamic street life of Brooklyn from the 1980s to the present day. 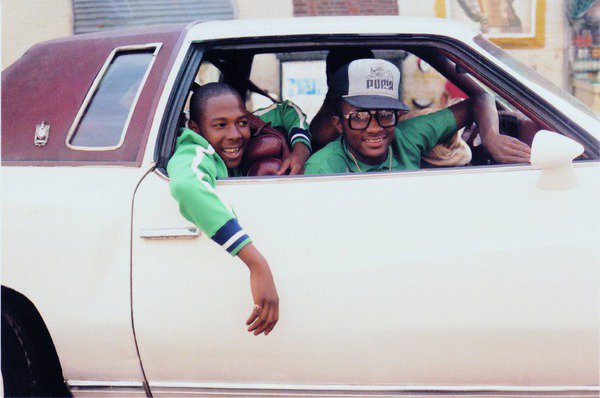 The first Dutch retrospective by street photographer Jamel Shabazz.
On Friday, March 1st, 2013 from 17.00 to 19.00 hours in the Gallery Cultural Speech, we will be opening the retrospective ‘Represent’ by the legendary, New York photographer Jamel Shabazz (1960). This will be the first time that his work will be shown in the Netherlands. ‘Represent’ offers an insight into Shabazz’s photographic oeuvre in which he depicts the dynamic street life of Brooklyn from the 1980s to the present day.

In the photographic images in ‘Represent’ you see whores, criminals, pimps, fledgling rappers and young school girls clearly scarred by the hard streets of Brooklyn. Yet Shabazz has succeeded in bringing the vulnerable but often strong and beautiful side of these people to the forefront. Jamel sees the invisible person on the street; to him they are “The Stars”. They are precisely the people that don’t stand out, that don’t consider themselves important enough and of who, no one would take a photograph. Thus the people that no one will ever get to know.
He looks for the positive side of people and understands that the best way to approach them is using honesty and integrity. To him, the essence of a good photograph is an energetic pose, which gives the person posing the experience that they really are allowed to exist.

Through his work, Jamel Shabazz represents his time in a legendary way and is thus also seen as an icon in the field of street photography. He received rave reviews from the New York Times (2011)