The exhibition is conceived as a retrospective, and the title 'New York/Maine' is a reference to the two places where most of the artist's paintings have been created and which have decisively influenced his career spanning more than 60 years from 1951/52 to 2012. 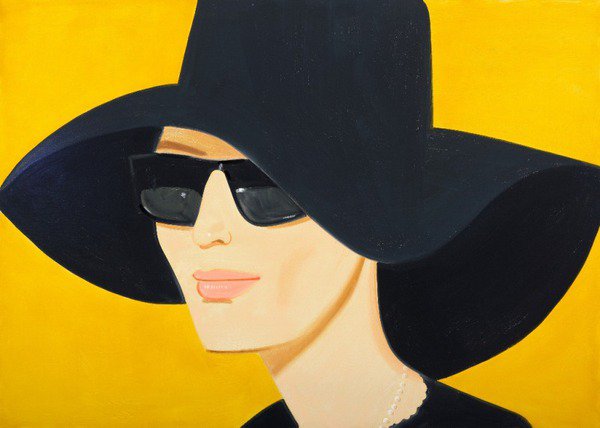 The exhibition New York/Maine at the MdM MÖNCHSBERG is the largest presentation of works by the American painter ever shown in Austria. The exhibition is conceived as a retrospective, and the title New York/Maine is a reference to the two places where most of the artist's paintings have been created and which have decisively influenced his career spanning more than 60 years from 1951/52 to 2012: In cooperation with the Colby College Museum of Art, Waterville/Maine and based on its large collection of about 700 works by Alex Katz, the MdM SALZBURG presents a comprehensive survey of Katz' body of work. The paintings from Maine are complemented with works on loan from European museums and private collections, which account for about half of the works on display.

Alex Katz has split his time between Maine and New York City for many decades. His special connection to Maine dates back to the year 1949, which marked a turning point in the career of the young artist. After graduating from art school in New York, Katz attended Skowhegan School of Painting and Sculpture. His time at Skowhegan would prove to play a pivotal role in his future career. In New York, where his studies had focused on the shapes and techniques of the international avant-garde, Katz was fascinated by the large-scale formats and openness of Abstract Expressionism, which had become established mainly due to its most prominent representative Jackson Pollock. The pathos and macho-like demeanour of Abstract Expressionism were incompatible with Katz's idea of style. At the same time he was impressed by Cool Jazz with its distanced elegance and cool efficiency. In New York Katz was intuitively attracted to those elements which suited his character and his artistic ideas; in Maine he learned to connect these elements. At Skowhegan School he was encouraged to go out into the countryside and paint what he saw. Working with nature and light in a quick and immediate manner was a liberating experience for Katz and helped him develop as an artist. He was able to bring together the pace, seriousness and energy he had adopted from Abstract Expressionism with his ideas of contemporary figurative painting, whose immediate presence was supposed to correspond to jazz.

Being a typical New York artist, Katz spends the summer months in the countryside, in Lincolnville, Maine, where he bought a home and studio in 1954. Thus, his subject matter varies widely, oscillating between the two poles "New York" and "Maine": from the cityscapes of the Big Apple to picturesque landscapes, from the metropolitan interiors of Manhattan to people doing leisure activities. A master of urban close-up portraiture at its most elegant, Katz also paints "portraits" of trees, of thickets against backlight and of flower-strewn meadows. In his pictures, the atmospheric painter Alex Katz is able to capture the light at a particular moment in a particular place in his works. He has no intention of developing narrative dynamics in his paintings, but is committed to the visualization of the moment, free from any narrative elements. The past and the future are irrelevant, they are already inscribed in the immediate present which Katz tries to translate into the medium of painting in an unfiltered way. Influenced by the aesthetics of widescreen films and advertising as much as by the old masters, Katz uses a reduced pictorial language which confronts the viewer with radical croppings, flatness and large-scale formats.

With hindsight we can say that Alex Katz, who has earned a reputation as master of Cool Painting, dedicated himself to figurative painting at a time when it was regarded as totally outdated. Today he is regarded by many of his younger colleagues, including Francesco Clemente, Chuck Close and many others, as a trailblazer who has paved the way towards a new figuration.