Nine overlapping viewpoints are simultaneously on display, creating for the audience an exhibition program dealing with the idea of expanding art: David de Tscharner, Yona Friedman, E Il Topo, Francois Morellet and many others on show. 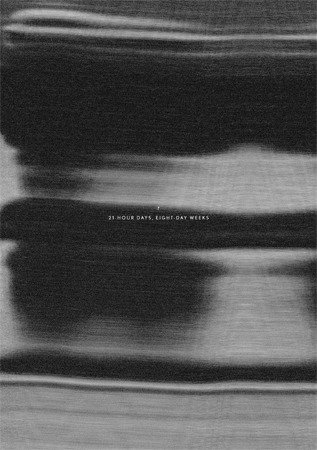 Nine overlapping viewpoints are simultaneously on display, creating for the audience an exhibition program dealing with the idea of expanding art.

One Sculpture A Day
David de Tscharner
Curated by Sylvie Boulanger
From April 1, 2011 until March 30, 2012, making one sculpture each day, David de Tscharner filled out a virtual showcase. For his first solo show in France, a selection of the sculptures along with a coloring book are displayed together in a way allowing the audience to share the universe of the artist.

E IL TOPO was published again in 2012 after a 16-year hiatus. The exhibition leafs through the history of the review. Focusing on images from the issues, film fragments of performances, a selection of artworks that were the sources of published project are demonstrating the vitality of the review. The new issues will be available to purchase and in a bookshop space designed by the publishers. Original artworks created for the review will also be on display.

Lubok artist books
Curated by Henriette Weber and Christoph Ruckhäberle
Lubok Verlag brings from Leipzig a selection of artist's books. The question of the exhibition emerges from their last books where the images can be displayed on the wall.

Les Aventures d'Arthur, Odile et Franz
Curated by Romuald Roudier Theron
In collaboration with graphic design studio Twice
With åbäke, Juliette Blightman, Yann Sérandour and Fiete Stolte.
The exhibition is in the form of a reading room where days are only 21 hours long.

Projet à sticker
François Morellet
Curated by Sylvie Boulanger
During the summer these bright red stickers will adorn the walls. Displayed in the "in-between" spaces, less likely to be used as exhibition spaces, those minimalistic curvy shapes are arranged randomly, freely creating interruptions all along the visit.

Tremblement
Véra Molnar
Curated by Sylvie Boulanger
With Tremblement, Véra Molnar fights off the boundaries of the classical forms, like the Greek fret motif, that she deforms and distorts. Her credo: minimalism, movement, and error.

Pour les chômeurs intellectuels
Antoine Poncet
Curated by Sylvie Boulanger
Antoine Poncet presents studies about a series of stamps printed in the 1930s to support "unemployed intellectuals." The first piece displays the original stamps. The second is made of drawings: digital enlargements of the stamps, reworked by hand. These works are the testimonies of a world viewed as a faking spectacle: changing shows of hypothesis like one changes glasses, to see what it's like.

L'écho des précédents gathers four artists who are considering the way stories of representations are reworked by the contexts in which they appear. Thus, rather that providing a stable and definitive definition, they're multiplying the points of view to propose a navigation within the interpretative layers that make an objet.

Writer residency: Antoine Dufeu
Cneai welcomes an eight-month residency of the author Antoine Dufeu that will work on a new project addressing the relationship between literature and economy: Absoluement zéro.