Paintings and drawings, many of which are not normally on display, will be brought together with archival materials including the artist's own set of playing cards to offer new insight into Wood's life and work. 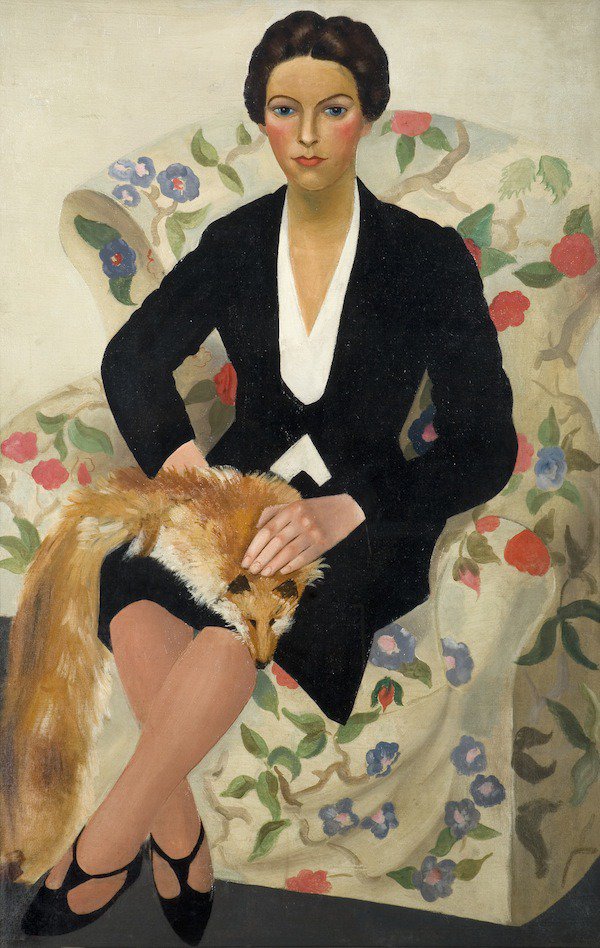 England’s first painter. His vision is true, his grasp real, his power is life itself. Winifred Nicholson

This exhibition will explore the work of the charismatic English artist Christopher Wood (1901-1930). Although he had no formal training, he went to Paris in 1921 with the ambition of becoming ‘the greatest painter that ever lived.’ Soon establishing himself as a prominent and popular figure amongst the artistic and social circles of the Parisian avant-garde in the 1920s, he mingled with aristocrats and won the admiration and affection of both Pablo Picasso and Jean Cocteau. He was one of very few British artists to have a solo exhibition in Paris at that time, and was commissioned by Diaghilev to design the sets for his production of the ballet “Romeo and Juliet. In Britain, he was a member of the 7&5 Group and developed a close and mutually inspiring relationship with Ben and Winifred Nicholson. Wood died tragically aged 29, leaving a remarkable body of work.

Paintings and drawings from the University of Cambridge and Kettle’s Yard collections, many of which are not normally on display, will be brought together with archival materials including the artist’s own set of playing cards to offer new insight into Wood’s life and work. For the first time in almost 30 years, Kettle's Yard's own Boy with Cat will be reunited with it’s sister painting Woman with Fox, which was given to the University of Essex by Jim Ede, founder of Kettle's Yard, in 1964. A new publication exploring the relationship between Wood and Kettle’s Yard will accompany the exhibition.

Biography
Wood was born in Liverpool. Through extended visits to Paris between 1921 and 1924 he came into contact with the European avant-garde, meeting Picasso and Jean Cocteau in 1923. In Britain he became close friends with Ben and Winifred Nicholson, painting with them in Cumberland in 1928. That year he also met Alfred Wallis on a visit to St. Ives with Ben Nicholson, and lived near Wallis for several months. He first visited Brittany in 1929, returning in 1930. During his Parisian years Wood was introduced to opium by Cocteau. He became addicted to it and was under the drug's influence when he was killed by a train at Salisbury station.