Winner of the Hugo Boss Prize 2012. Emerging from a process of research, chance encounters, and delicate personal negotiations, Vo's installations unearth the latent connotations and memories embedded in familiar forms. The title of his exhibition is I M U U R 2 derived from the life and work of visionary painter Martin Wong. 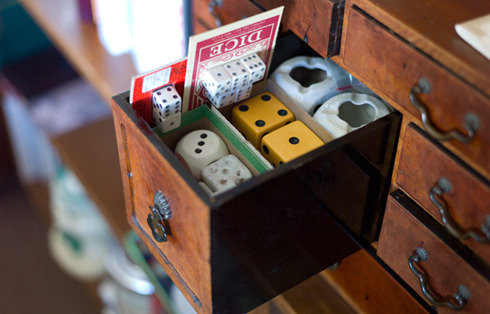 An exhibition of the work of artist Danh Vo (b. 1975, Bà Rịa, Vietnam), winner of the Hugo Boss Prize 2012, will be on view at the Solomon R. Guggenheim Museum, New York, March 15–May 27, 2013. Vo, whose work illuminates the entwined strands of private experience and collective history that shape our sense of self, is the ninth artist to win the prestigious biennial award, established in 1996 by HUGO BOSS and the Solomon R. Guggenheim Foundation.

Emerging from a process of research, chance encounters, and delicate personal negotiations, Vo’s installations unearth the latent connotations and memories embedded in familiar forms. The title of his Guggenheim exhibition, I M U U R 2, is derived from a formulation used by the artist Martin Wong (1946–1999) on his business cards and stamps. Vo has long been fascinated by the life and work of Wong, a visionary painter and beloved figure of New York’s downtown art scene of the 1980s and ’90s. After acquiring one of Wong’s works, he struck up a correspondence with the artist’s mother, Florence Wong Fie, and eventually visited her home in San Francisco. There, he discovered a remarkable collection of objects ranging from curios and tourist souvenirs to rare antique ceramics and scrolls of calligraphy, interspersed with numerous examples of Wong’s paintings and works on paper.

An obsessive collector with an astute eye for overlooked finds, Wong had collaborated with his mother since childhood to assemble an evolving constellation of artifacts—a project that culminated during the last five years of his life, when he returned to his family home to undergo treatment for an AIDS-related illness. Giving equal weight to the rarified and the disposable, the collection expresses Wong’s omnivorous desire to absorb and understand his cultural environment. Much of the collection focuses on exuberant Americana and sentimental keepsakes, but Wong also examined the problematic aspects of American popular history, creating clusters of objects that depict racist caricatures. At the time of his death in 1999, the collection had grown to cover almost every surface in the house, where it has been carefully preserved by Florence Wong Fie ever since. In this installation, Vo has configured a selection of objects drawn from the Wong collection. Elucidating the affinities between the two artists, the gesture merges their individual processes through a creative exchange that transcends historical circumstances and challenges the traditional notion of the stable, authored artwork.

Publication
In conjunction with the Hugo Boss Prize 2012, the Guggenheim has published a catalogue that features projects by each of the finalists, as well as specially commissioned essays offering critical overviews of their practices. The catalogue, designed by London-based designer Sara De Bondt, includes texts by Suzanne Cotter, Dominic Eichler, Kate Fowle, Julie Rodrigues Widholm, Beatrix Ruf, and Adam Szymczyk, with an introduction by Katherine Brinson, Associate Curator, Solomon R. Guggenheim Museum. It is available for $19.95 at the Guggenheim Store, or online at guggenheimstore.org.

Education and Public Programs
Details on the public programs presented in conjunction with The Hugo Boss Prize 2012: Danh Vo are available at guggenheim.org/publicprograms. Highlights include:

Public Program
The Elaine Terner Cooper Education Fund: Conversations with Contemporary Artists
Danh Vo in conversation with Julie Ault and Peter Broda
Tues, Mar 19, 6:30 pm
Danh Vo discusses his artistic practice and exhibition at the Guggenheim with Julie Ault, an artist, writer, and curator, and Peter Broda, who co-founded the Museum of American Graffiti, now part of the Museum of the City of New York, with Martin Wong.
$12, $8 members, free for students with a valid ID and RSVP at guggenheim.org/cca.