As the artist explains, "capturing an image is a less significant event than it used to be", and Sietsema's efforts are focused on returning significance to the activity of image-making. This exhibition brings together three films - Figure 3 (2008), Anticultural Positions (2009), and the recently completed At the hour of tea (2013) - along with drawings, paintings, and other works on paper. 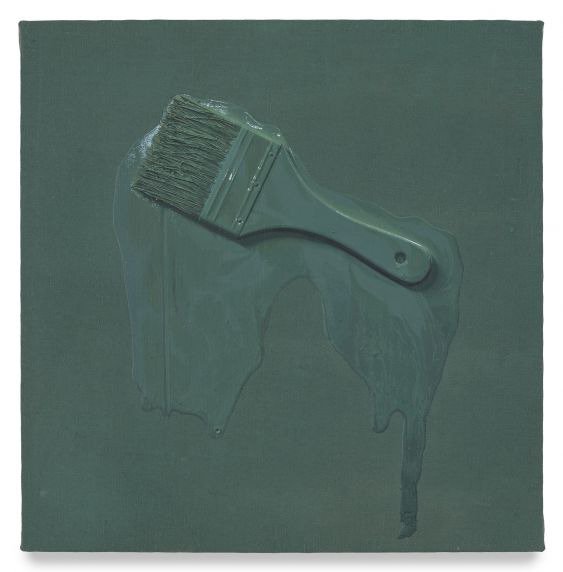 Paul Sietsema explores what it means to be an artist now—amid the barrage of images; the telescoping of past, present, and future that instant access to information seems to provide; and the ease with which digital means can present alternate realities. As the artist explains, “capturing an image is a less significant event than it used to be,” and Sietsema’s efforts are focused on returning significance to the activity of image-making.

Sietsema begins with traditional media—photographs and other items, including cast-off paintings from the late nineteenth and early twentieth centuries—that refer to specific bodies of knowledge (such as art history), realistically rendering them in meticulously worked drawings and sculptures. He then films these various sculptures, a process that can span two to five years, arranging and comparing the original images and objects with the ideas, information, and knowledge associated with them to explore how imagery and material affect our understanding of culture and history. Sietsema’s complex working method reflects his belief that the purpose of an artwork is not to transmit but to mediate information or meaning in a way that matches its cultural and temporal context. This flattening out of history makes the subjects of his work accessible to the viewer in unexpected ways, suggesting new stories and connections over time.

This exhibition is the most comprehensive to date for the artist, who lives and works in Los Angeles. It brings together three films—Figure 3 (2008), Anticultural Positions (2009), and the recently completed At the hour of tea (2013)—along with drawings, paintings, and other works on paper.

Since the late 1990s, Sietsema has created several in-depth, multimedia investigations, each combining a 16mm film presentation with other artworks. For example, in the film Figure 3, Sietsema took as his subject precolonial ethnographic objects and tools, primarily from the South Pacific. These objects served as inspiration for a series of highly detailed sculptures—incorporating materials such as plaster and printing ink—which Sietsema then captured on 16mm film. In its presentation of the sculptures, the film resembles an ethnographic documentary, highlighting Sietsema’s fascination with methods of cataloguing and classification while blurring the line between different eras of cultural and historical authorship. As Sietsema explains, the materiality of the filmed items decreases when presented in this medium, and the symbolic value increases; it is as if “memories are being delivered to the viewer.”

Anticultural Positions, originally presented as a “lecture” at the New School in New York, intersperses close-ups of the working surfaces in Sietsema’s studio with original and appropriated text, emphasizing the site of production in his practice.

At the hour of tea presents five sequences that explore varied configurations of found objects, each following a structure that concludes with an image of a composed tableau. These sequences and objects offer historical analogues for modern processes of consumption, production, and communication: collecting, arranging, and recording. The disjunction of past and present is made most evident through the tracking of contemporary time (including dates when the artist was working on the film) on period calendars and watches. Another thread that connects the sequences is a progressively revealed text that describes a historical painting in modernist terms. Throughout, Sietsema incorporates references to his own processes or environment while juxtaposing images of the act of making with records of objects and images already made.

The exhibition is organized by the Wexner Center for the Arts, Columbus, Ohio, and curated by Christopher Bedford, director of the Rose Art Museum, Waltham, Massachusetts. The Chicago presentation is coordinated by Lynne Warren, Curator at the Museum of Contemporary Art Chicago.

Paul Sietsema was organized by the Wexner Center for the Arts, The Ohio State University.

Major support for the Chicago presentation of the exhibition is provided by Liz and Eric Lefkofsky.

MCA Chicago is a proud member of Museums in the Park and receives major support from the Chicago Park District.

Official Airline of the Museum of Contemporary Art Chicago