Images of an Infinite Film

The exhibition takes as its point of departure avant-garde filmmaker Hollis Frampton's notion of an ''infinite film'', which theorizes an overarching history of all recorded images and likens the universe to an endless film archive. 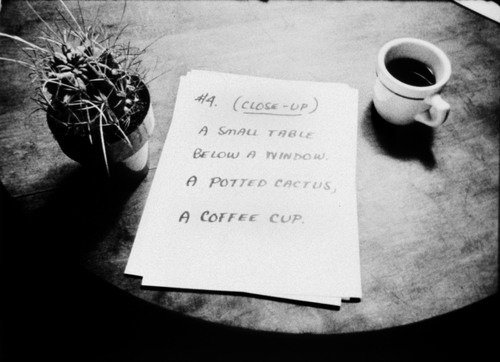 Images of an Infinite Film brings together works that, through structural or material intervention, emulate processes of human memory or thought, function as scores for imagined films, or take form entirely in the mind of the viewer—suggesting a link between the precarious nature of memory, the fragility of film, and the subjective experience of assigning meaning to things in the world. The exhibition takes as its point of departure avant-garde filmmaker Hollis Frampton’s notion of an “infinite film,” which theorizes an overarching history of all recorded images and likens the universe to an endless film archive.

Kerry Tribe’s H.M. (2009)—a recent MoMA acquisition—constructs a speculative portrait of Henry Molaison (known in scientific literature as “Patient H.M.”), who was left with a radical form of amnesia after undergoing experimental brain surgery to treat epilepsy in 1953. A modified looping system presents two different parts of the film simultaneously, creating a dissonance that evokes Molaison’s continual "rewriting" of information. Poetic Justice (1972), part two in Frampton’s seven-part Hapax Legomena (1971–72), presents frame-by-frame instructions for a film to be completed by the viewer’s own reservoir of images and associations. Disrupted by a series of spatial and temporal inconsistencies, the work confounds the viewer’s desire to formulate a linear narrative. Paul Sharits’s Untitled, from his Frozen Film Frame series (c. 1971–76), is comprised of hundreds of strips of film placed between suspended sheets of Plexiglas. Laying bare the tangibility of the medium itself, the work’s countless fragments unfold with the viewer’s stream of consciousness. At first glance, David Lamelas’s Time As Activity - Düsseldorf (1969)—another recent MoMA acquisition—appears to document the city “as it is,” but before each shot, the viewer is confronted with its precise duration. The work is at once both pure structure and completely amorphous, underscoring the idea of time as a fiction. Color Pieces (1980), a video by Nan Hoover, deconstructs a fleeting moment into a subtly shifting topography of light and shadow.

The Museum of Modern Art
Special Exhibitions Gallery, third floor; the Bauhaus staircase; and The Abby Aldrich Rockefeller Sculpture Garden
11 West 53 Street, New York, NY 10019
Hours: Saturday through Thursday, 10:30 a.m.–5:30 p.m. Friday, 10:30 a.m.–8:00 p.m.
Museum Admission: $25 adults; $18 seniors, 65 years and over with I.D.; $14 full-time students with current I.D. Free, members and children 16 and under. (Includes admittance to Museum galleries and film programs). Free admission during Uniqlo Free Friday Nights: Fridays, 4:00 p.m.–8:00 p.m.
MoMA.org: No service charge for tickets ordered on MoMA.org. Tickets purchased online may be printed out and presented at the Museum without waiting in line. (Includes admittance to Museum galleries and film programs).
Film and After Hours Program Admission: $12 adults; $10 seniors, 65 years and over with I.D.; $8 full- time students with current I.D. The price of an After Hours Program Admission ticket may be applied toward the price of a Museum admission ticket or MoMA Membership within 30 days. MoMA/MoMA PS1 Blog, MoMA on Facebook, MoMA on Twitter, MoMA on YouTube, MoMA on Flickr