Love and Hate to Lygia Clark

The exhibition presents young Brazilian artists who in their work refer to the classics of contemporary art from their country. It features a large number of works as a commentary on modernist heritage, relating to it from the perspective of time or in the context of street or popular culture. 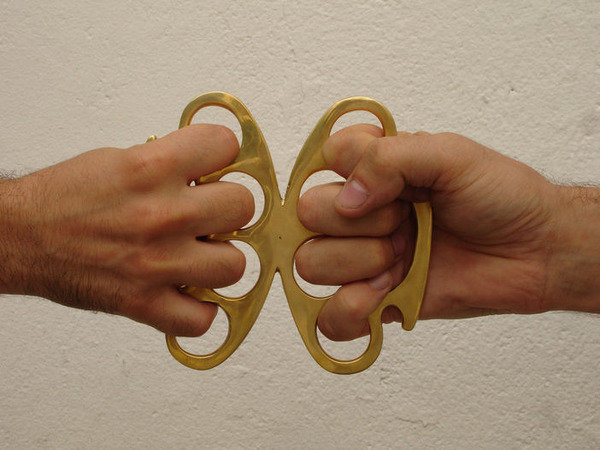 The exhibition presents young Brazilian artists who in their work refer to the classics of contemporary art from their country, primarily modernist visual artists and architects.
Concretism and neo-concretism, multidisciplinary tropicalism, 1970s conceptualism and modernist architecture became something of a showcase for Brazil as well as a valuable part of the global cultural heritage. The young artists of today appreciate the value of those achievements and in the practices of many of them can be found more or less direct references to the works of Alfredo Volpi, Lygia Clark, Hélio Oiticica, Amílcar de Castro, Cildo Meireles, the designs of Lúcio Costa, Oscar Niemeyer, Lina Bo Bardi, Paulo Mendes da Rocha, the impressive architectural solutions of the city of Brasília, the Ibirapuera park in São Paulo, or the iconic museums in Rio de Janeiro and São Paulo. The Zachęta exhibition features a large number of works that serve as a commentary on modernist heritage, relating to it from the perspective of time (and verifying the utopia), or in the context of street or popular culture, important for young people. A large group of such works is presented by Marcelo Cidade, author of a sculpture whose title has been used as the title of the show.

Living in the shadow of a famous older generation can be difficult and can spur a desire to cut off the umbilical cord and reject the old in order to start anew on one’s own path. Hence a group of works by young-generation artists (Daniel Steegmann Mangrané, Yuri Firmeza) who propose an escape into nature as an alternative, or symbolically mark the presence of other directions of artistic reflection and investigation.

Leandro Nerefuh and Rafael RG were invited to create projects specially for the exhibition. Their study residence in Warsaw has resulted in the idea of two installations informed by Brazil’s colonial and cultural past and the latent aspects of Modernism.

The featured artists work in various media: sculpture, installation, relief, photography, film as well as creating conceptual narrative projects. The exhibition is accompanied by a film programme comprising Brazilian features and as well as documentaries portraying the work of selected leading representatives of Brazilian modernity (primarily the modernist classics mentioned above).