The basis of the artist's show is a generous permanent loan from the extensive collection of Baerbel and Manfred Holtfreich, who have continuously acquired works by the artist since 1986. It includes objects and sculptures, small-format editions, photographs and pictures from the most diverse phases of the artist's work. 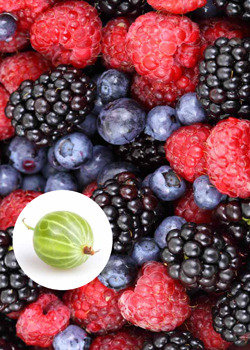 The Kunsthalle Bremen presents an exhibition of works by Andreas Slominski (b. 1959) from 25 January to 27 April 2014. The basis of the show is a generous permanent loan from the extensive collection of Bärbel and Manfred Holtfreich, who have continuously acquired works by the artist since 1986. It includes objects and sculptures, small-format editions, photographs and pictures from the most diverse phases of the artist's work.

In addition to animal traps that can be seen as a leitmotif in Andreas Slominski's work, the exhibition shows numerous works from the last twenty years that have been elaborately produced: the Wiener Beinschwarz, extravagantly made from the femur of a Lipizzaner horse, the flatbread formed using a football boot. A bucket of water will deliver water through the rooms of the museum via a complex system of pipes.

Andreas Slominski's work repeatedly explores interpersonal, historical and social connections and power relationships in surprising ways, including a world of wasteful goods production and considerations on pseudo activities. A presentation for the exhibition emerges that is developed in close collaboration with the artist and the collectors.

Biography of the artist
Andreas Slominski (b. 1959 in Meppen, lives in Werder/Havel, Germany) studied at the Academy of Fine Arts in Hamburg from 1983 to 1986. From 1997 to 2004 he was professor of painting at the State Academy of Fine Arts in Karlsruhe, and has been professor of sculpture at the Academy of Fine Arts in Hamburg since 2004. Slominski has received numerous awards, including the Karl-Ströher Prize (1991), the Sprengel Prize (1995), and the Aachen Art Prize (2004). His works have recently been on show in MOCA Los Angeles (2013), Hamburg Kunsthalle (2012), Kunstmuseum Winterthur (2012), Zurich Kunsthalle (2012), Ludwig Museum, Cologne (2011), Museum for Modern Art, Frankfurt am Main (2011), Stedelijk Museum for Contemporary Art, Ghent (2010), Suntory Museum, Osake (2010) and Witte de With Center for Contemporary Art, Rotterdam (2010).

Andreas Slominski has recently been honoured for his work with the Hannah-Höch Prize by the State of Berlin in 2013, and the Lichtwark Prize from the City of Hamburg, also in 2013.

The exhibition is supported by The Society for the Promotion of Contemporary Art at the Bremen Art Association. Founded in 1971 on the initiative of a group of members of the Art Association, the now 170 members have supported an annual exhibition in Bremen Kunsthalle for more than forty years. The Society also advocates the purchasing of contemporary art and considers itself thus committed to an old Bremen tradition of supporting the cultural life of the city through private initiative objectives.