Under the Sun. The exhibition features more than 20 acrylic paintings created during 2011 and 2013. 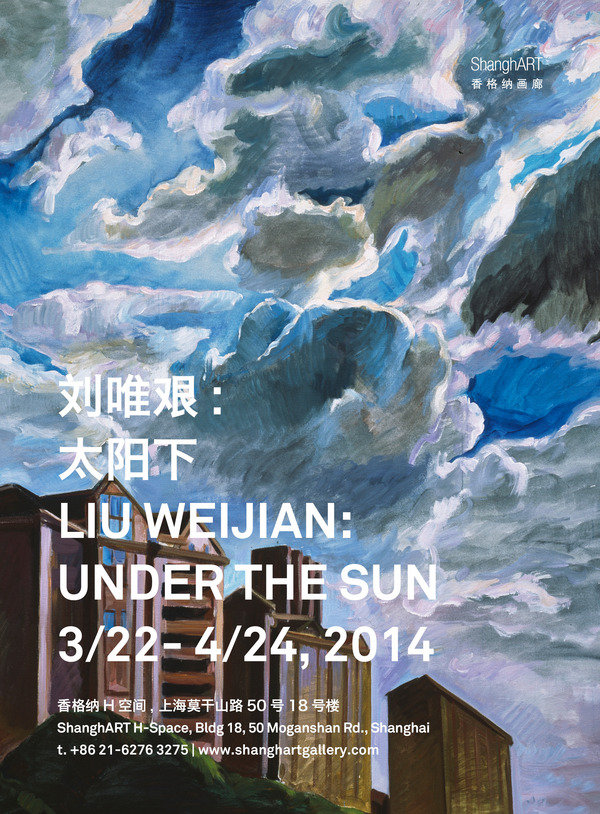 ShanghART Gallery is pleased to invite you to come to LIU Weijian’s Solo Exhibition, Under the Sun, which will open on March 22 in ShanghART H-Space and lasts until April 24.

More than 20 acrylic paintings created during 2011 and 2013 will be presented this time. As curator and art critic Demetrio Paparoni writes, LIU Weijian has managed to catch and subtly revealed the emotions and feelings filled the journey that is the hotness of day, thirst, the coldness of the night, the worry of getting lost, and the fear of moving forward. In such a double journey of both reality and inner world, “(the artist) lacks a specific purpose. Instead, they are animated by a tension with something that is not clearly defined, and they find their purpose within themselves. ”