The solo exhibition features a group of works that illuminate the methods and materials of painting itself. 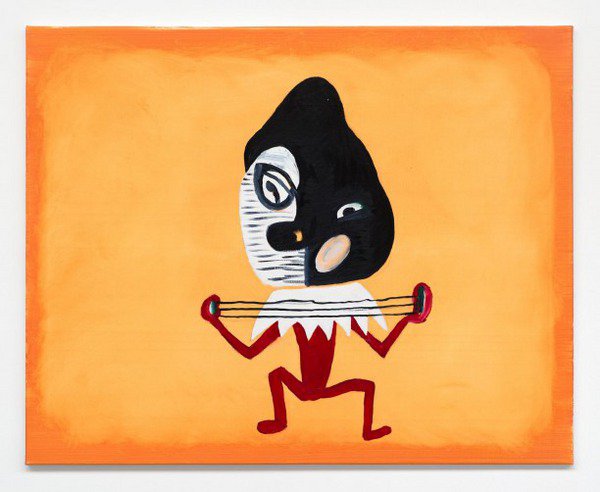 Xavier Hufkens is pleased to present a series of new paintings by Walter Swennen (b. 1946, Brussels). In his first exhibition since the acclaimed retrospective at Wiels, So Far So Good, Swennen debuts a group of works that not only illuminate the diverse images and ideas that inspire his practice, but also the methods and materials of painting itself.

In a career spanning over thirty years, Walter Swennen has created a remarkably diverse body of work that defies easy categorisation. Originally trained as a printmaker, the artist’s early career revolved around artistic happenings, such as those organised by Marcel Broodthaers, and poetry. In the early 1980s, Swennen decided to stop writing and switched to painting as his primary means of expression. Noted for his radical, experimental and associative approach to painting, Walter Swennen is widely regarded as being one of the most innovative artists working in Belgium today. Central to his practice is his belief in the total autonomy of the artwork. For Swennen, a painting does not need to be ‘emotive’ or ‘understood’: the primary goal of painting is, quite simply, painting. Everything else – form, colour, subject and meaning – is external. Although his paintings vary greatly in scale, style and materials, they can be construed as an on-going exploration into the nature and problems of painting (its potential and limitations), the fundamental question of what to paint (subject matter), and how (technique).

Swennen’s recent work continues to be driven and informed by these concerns. The subjective power of words, and our reaction to them, remains a core element of his practice as seen in the works that read ‘Ma’/ ‘Bel’ and ‘Flor’/ ‘Fina’. It is perhaps no coincidence that Swennen, who was a poet before he became a painter, perceives painting to be an act of translation. Language has always played a vital role in his oeuvre and his early works took the form of ‘written paintings’.

Often lacking perspective, depth, shading or shadows, the simplicity of Swennen’s work belies its conceptual significance. Interested in deconstructing the nature of painting, the artist builds his pictures up in layers. Often working on supports made from found objects, such as sheets of old plastic, scrap metal or salvaged wood, Swennen allows his chosen imagery to float loosely atop a background made up of more allusive elements, such as blocks of colour, dripped paint or unusual textures. The images he deploys are often derived from popular culture, such as Mickey Mouse, advertising and magazines, or comprise recognisable forms, such as wine bottles and bicycles or, as here, spiders and a cigarette. Sometimes the subjects are boldly and exuberantly rendered and, at other times, they almost disappear into the background. The way that Swennen handles his motifs – he takes them as he finds them, high or low, and manipulates them at will – is akin to a kind of visual poetry that harks back to his early career as a writer. Freely associative, and above all humorous, Swennen’s paintings explore the relationship between symbols, legibility, meaning and pictorial treatment.

Swennen’s endless experimentation with styles and methods of painting moves fluidly between representation and abstraction – a quality that makes his oeuvre a fresh source of ideas and inspiration for younger artists working today, and which has also brought him increased international acclaim in recent years. Bringing together works of different styles and scales, the exhibition provides a fascinating glimpse into Swennen’s unconventional practice whilst also highlighting the multiplicity of sources from which his work derives.