The Primacy of Matter over Thought. Solo show 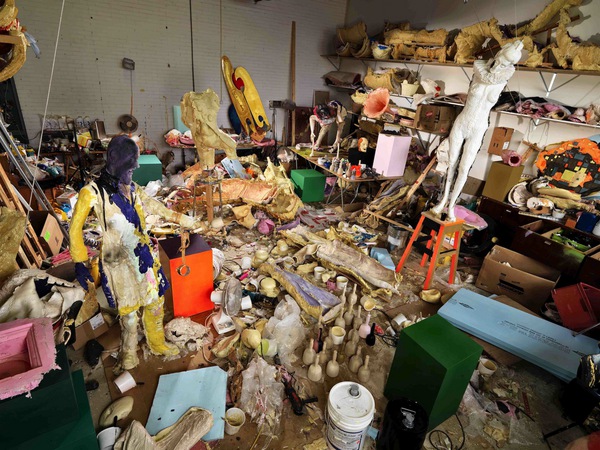 We are pleased to present The Primacy of Matter over Thought, the second solo exhibition of Dutch artist Folkert de Jong (1972, Egmond aan Zee, The Netherlands) at Dukan gallery. This recent work has been previously exposed at the Gemeentemuseum in The Hague as part of the exhibition The Anatomy Lesson from Rembrandt to Damien Hirst in 2013. Folkert de Jong works and lives in the Netherlands; his work is often show in prestigious international exhibitions. Folkert de Jong mainly uses styrofoam and polyurethane foam, substances from petroleum industry - which are not often used in art - for the sculptures and installations that made him famous during past ten years. Opening 6 september 6-9 pm.