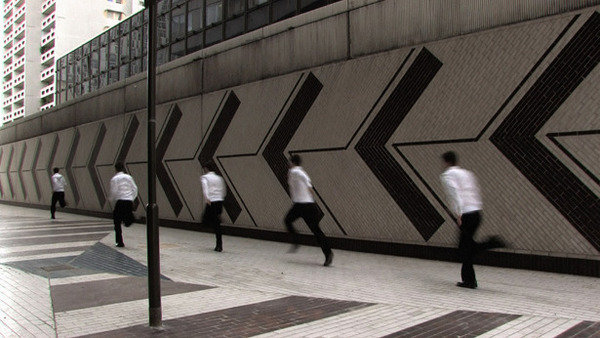 Before our move to HOME in 2015, we present Playtime, the final exhibition at Cornerhouse that bids farewell to the building and pays homage to the place we have called home since 1985.

Tati’s film follows the adventures of Monsieur Hulot as he wanders, bemused, through a hysterically hyperbolic, modernist Paris. The film – which cemented Tati’s critical reputation but plagued him with financial difficulties – is famous for its subtle visual comedy and inventive sound design that upends many conventions of narrative cinema.

Like Tati’s film, the artists in Playtime use comedy, space and sound to encourage exploration and play in the galleries.

Playtime will culminate in The Storming, a two-part event devised by Humberto Vélez that will close the exhibition, and Cornerhouse itself, in truly spectacular style. In Part 1 of The Storming, Manchester’s diverse social, cultural and artistic communities will descend on the building for a celebratory performance. Part 2 will get underway with DJs, live music, performance and a re-draft of our creative constitution that places you, the audience, as our final artwork. The Storming takes place on Saturday 4 April 2015. Tickets go on sale in January.