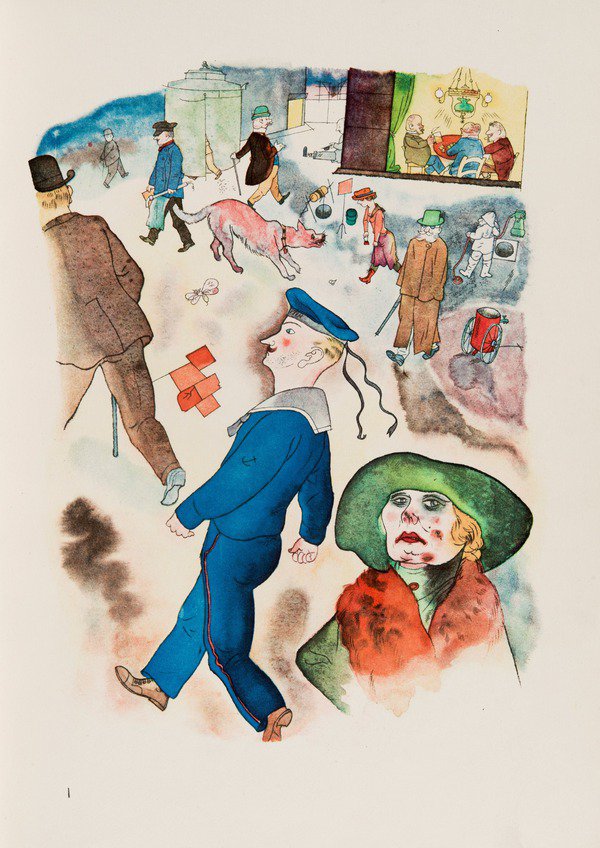 After the inaugural and highly successful presentation of selected works from the newly acquired Generali Foundation Collection, the second show in this rotation series sets the stage for inspiring encounters between the museum’s various holdings. For that purpose, we have embarked on a confrontation with works in the collection related to Systems & Subjects, which extends from the early twentieth century to the present. The selection of works frames a thematically focused dialogue between the various holdings—the Generali Foundation, holdings of prints, the MAP collection, and recent acquisitions that were made possible by generous donations. The exhibition features works by artists such as Max Beckmann, George Grosz, and Max Klinger in interaction with pieces by Bruno Gironcoli, Harun Farocki, Hans Haacke, Mary Kelly, Juliús Koller, Anna Oppermann, Allan Sekula, Franz West, and Heimo Zobernig, among others.

The origins of the museum, which was founded in 1983 on the basis of a donation by the art dealer Friedrich Welz, will be traced with a selection from the museum’s print holdings. It is a great leap, not only in time, to the newly acquired Generali Foundation Collection and recently donated works by Lynn Hershman Leeson and Andreas Siekmann. The works of classical modernism, in which the image of the human is at the center, are juxtaposed with conceptual approaches in art. In these works from the 1960s to the present, which are mainly presented as installations, physical, economic, and social systems present a context for reflection on questions surrounding the subject.

Specific themes reveal in-part surprising similarities and differences between works from different eras—for example, the passers-by photographed by David Lamelas in 1970 in Milan and George Grosz’ drawings of contemporaries in Ecce Homo from 1923. Fetishism, in different forms, can be detected as a common motif in the works by Bruno Gironcoli, Anna Oppermann, Franz West, and Max Klinger. Reflections on the sociopolitical and economic situation meet in the drawings by Karl Rössing from the 1920/30s, a current installation by Andreas Siekmann, and recent interventions by Maria Eichhorn . Again and again, one returns to the fundamental theme: the status of the subject within social systems, in other words the condition humaine.