The point of departure for the solo exhibition, The Anti-Climax Climax by Cally Spooner is her current film, Off Camera Dialogue (2014). Christian Falsnaes uses performance, painting, music or dance to develop theatrical and partially absurd situations. 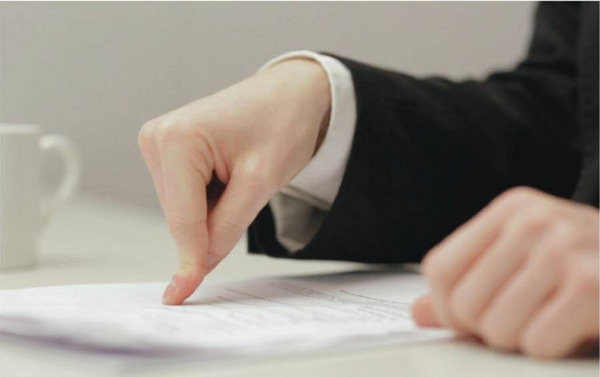 From January 31 to April 12, the Bielefelder Kunstverein is presenting two solo exhibitions by Cally Spooner and Christian Falsnaes.

Cally Spooner (b. 1983 in Ascot, UK) writes fragmentary novellas, (musical) theatre and monologues, using assemblages of contemporary theory, philosophy, pop culture, events and current affairs. Her texts become a basis for live productions, films, radio plays and sound installations, where she investigates the movement and behaviour of speech, and its physical translation on stage, in film studios, and as labour, in the workplace.

The point of departure for the solo exhibition, The Anti-Climax Climax by Cally Spooner is her current film, Off Camera Dialogue (2014). The film re-stages a transcript from an advertising strategy, in which an employee's personally disclosed stories and aspirations are extracted, repackaged to better reflect the voice of their corporation, then returned to the employee to be redelivered to camera, as TV commercials. The artist is developing a spatial script for performance with expanded content at the Bielefelder Kunstverein by means of a lighting rig, and new works using text, video and sound. All of the works on display are part of an expanded cycle as an especially extravagant HD musical film, which will be brought together in autumn 2015.

Cally Spooner, born in Ascot (UK) in 1983, lives and works in London. Most recently, the Kunstverein Langenhagen, the Tate Modern in London (UK) (both 2014), the Stedelijk Museum in Amsterdam (NL), the Kunsthal Charlottenburg in Kopenhagen (DK) (both 2013) and the International Project Space in Birmingham (UK) (2012) have shown her work in solo exhibitions. Furthermore he was represented by works in group exhibitions, among others, in the Pinchuk Art Center for the Future Generation Art Prize in Kiev (UA), in the Kestnergesellschaft, in the Kunstverein München (all 2014), in the KW Institute for Contemporary Art Berlin, in the Jeu De Paume in Paris (FR), during the Performa 13 New York (all 2013) and in the Serpentine Gallery in London (GB) (2012)

Christian Falsnaes
The Title Is Your Name

The relationship of art and its audience plays a central role in the work of Christian Falsnaes (b. 1980 in Copenhagen). He uses performance, painting, music or dance to develop theatrical and partially absurd situations, which involve spectators actively in a working process. Social conventions, power relations, gender roles and the artistic potential in every individual become the subject of his works. Human bodies as a collective are the most important working material for his surprising, usually unannounced performances.

Falsnaes is not planning any new performance for his first solo exhibition in a German institution. He is, much rather, making a start by conceiving an interactive spatial installation, which shifts the performative potential of looking at art into the spotlight. The exhibition, based on a specially developed app, thus becomes itself the application of an activating relationship between artwork and spectators. It is not simply display, but documents individual reactions accompanying the reception of the works. With the support of their viewers, it will generate a variety of new video-based works. They can be shared, but are mostly only familiar to the respective spectators and remain a mystery to all the others.

Christian Falsnaes, born in Copenhagen (DK) in 1980, lives and works in Berlin. In the recent years the following institutions have shown solo exhibitions of the artist, among others the DREI in Cologne (2013), the 21er Haus in Wien (AT) (2012), the OSLO10 in Basel (CH), the Rohde Contemporary in Kopenhagen (DK) (2011) and the Skånes Konstförnening in Malmö (SE). Furthermore she was represented by works in group exhibitions, among others, in the Reykjavik Art Museum, in the Akademie der Künste in Berlin, in the Museum Bärengasse in Zürich, in the Te Tuhi Centre for the Arts in Auckland (NZ) (all 2014), the KW Institute of Contemporary Art Berlin, the Serra dei Giardini, Venedig (IT), the Salzburger Kunstverein (AT) (all of them 2013), the W139 in Amsterdam (NL) (2012) or the Centre for Contemporary Art Ujazdowski Castle in Warschau (PL) (2011).