The Collection from Kokoschka to Anzinger. The focus of the exhibition features paintings, sculptures, and graphic prints by about eighty artists from the early period before World War I to the Neo Expressionism. 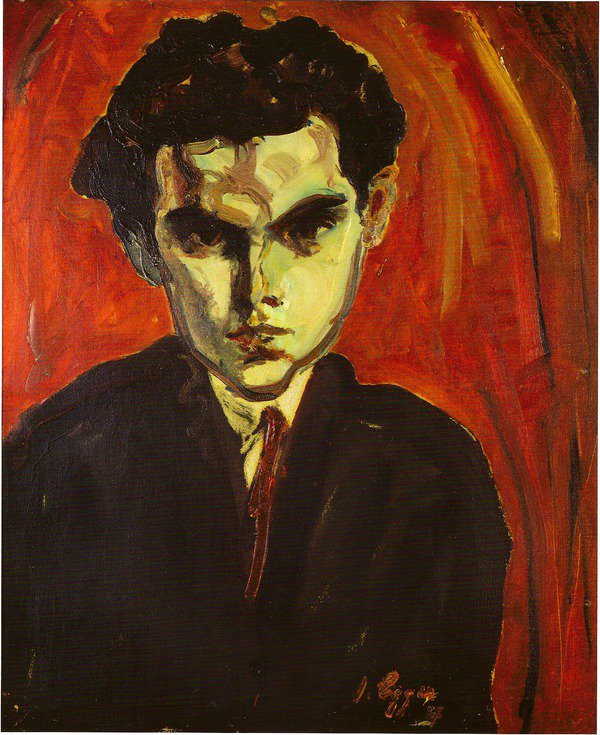 Based on the impressions gained during her first examination of the museum holdings, the new curator for modern art, Beatrice von Bormann, has devised an exhibition about Expressionism. It features paintings, sculptures, drawings, and graphic prints by about eighty artists of the twentieth and twenty-first centuries. The focus is on Austrian and German Expressionism, from the early period before World War I to the Neo‑Expressionism of the 1960s and 1970s, and the Neuen Wilden.

In his book La responsabilité de l’artiste: Les avant-gardes entre terreur et raison (1998), the French art historian Jean Clair wrote that Expressionism was the style of the twentieth century. He was referring to paintings in which the painterly gesture itself and the emotional expression of the figures and objects is more important than the exact representation of reality. Franz Marc described this endeavor in 1912 as a “subjective transformation of nature.” The international experiment in form meant that from the outset Expressionism brought together abstract and figurative art in an attempt to portray emotional states. This exhibition of works from 1907 to 2011 tests the validity of Clair’s claim.

The Museum der Moderne Salzburg owns outstanding works from the early Expressionist period by Richard Gerstl, Oskar Kokoschka, Ernst Ludwig Kirchner, and Emil Nolde, as well as representative works by Neo-Expressionists such as Markus Lüpertz and Georg Baselitz, and the Neue Wilden such as Siegfried Anzinger, Erwin Bohatsch, and Gunter Damisch. The specifically Austrian version of Expressive Realism is represented by artists such as Georg Eisler, Alfred Hrdlicka, Rudolf Kortokraks, and Karl Stark. Several works are being shown for the first time, including two donations.