"Repetition and Difference" presents artists who have always employed repetition - the creation of works in series, multiples, and copies. The photographs of Laurie Simmons explore self-expression in a social media-driven world through online "Doll Girls" community. Nicole Eisenman's 2010 painting resonates in interesting ways with the museum's rich collection of portraits. 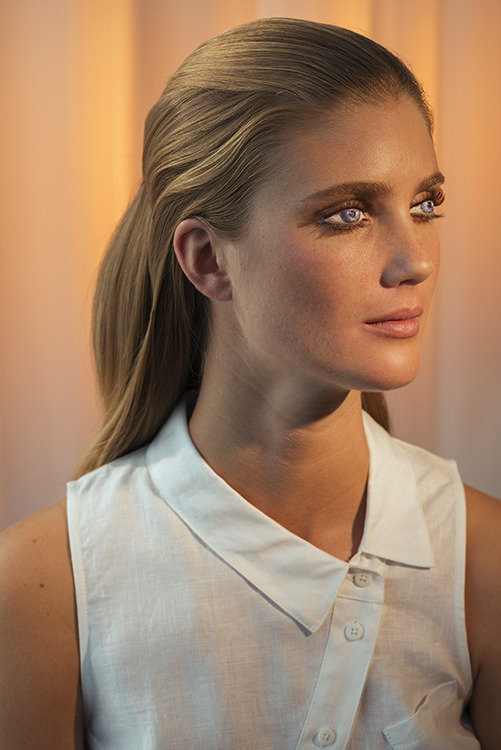 In 1968, the French philosopher Gilles Deleuze wrote his now-iconic book Difference and Repetition. The text was fundamental to the discourses of its time, offering an unprecedented analysis of representation, language, history, and capitalism. One of its important points is that in the history of philosophy, both difference and repetition have always been understood as negative, derivative qualities that only exist in relation to some unique entity. Deleuze tries to understand difference in and of itself, and repetition not as something finite, but as reinvention, an “active force producing difference.”

These ideas are explored in the exhibition Repetition and Difference through both historic works and recent art. The Jewish Museum storerooms are filled with multiples — for instance, dozens of examples of a particular ritual object. Yet a close examination reveals crucial differences among the iterations, which speak volumes about social and political conditions, the expression of individuality, consumer culture, and the joy of artistic invention.

Multiples from the collection are presented together with works by contemporary artists who explore ideas of difference within repetition. They focus our attention on subtle details — nuances that critique advertising, commodity consumption, and mass production. Their art exists outside of the monotony of the everyday and encourage us to look differently and repeatedly at our own existence.

Several themes are common to both sets of works. Some pieces explore concepts of the human body and its frailties, or the importance of human touch in the creative process. Others challenge the conformity and standardization that may be imposed by government, religious ritual, or mass culture. The peculiarities of communication and the manipulative power of language are another recurring motif. Finally, a number of works play with the nature of copies, exploring the aesthetics and technology of difference within replication.

Additional support is provided by the Leir Charitable Foundations and the Leon Levy Foundation.

Laurie Simmons
How We See

The Jewish Museum presents a series of recent, large-scale photographs by artist Laurie Simmons, on view from March 13 to August 9, 2015. The six new works in Laurie Simmons: How We See draw upon the “Doll Girls” community, people who alter themselves to look like Barbie, baby dolls, and Japanese anime characters through make-up, dress, and even cosmetic surgery. Evoking the tradition of the high-school portrait — when teenagers present their idealized selves to the camera — Simmons photographed fashion models seated in front of a curtain, cropped from the shoulders down. Prismatic lighting and small, surprising details in the models’ clothing give these otherwise banal images a psychedelic effect, which is exaggerated by each girl’s preternaturally large, sparkling eyes. They stare out at the viewer with an uncanny, alien gaze, created by lavishly painting eyes onto the models’ closed eyelids—a technique used by the “Doll Girls” themselves.

How We See draws an arc between portraits traded among classmates and the persona-play that “Doll Girls” rapidly execute on smartphones, where continuous feeds of Instagram, Facebook, and Twitter allow alternate versions of the self to appear, morph, and disappear. Simmons has a longstanding interest in masking and disguises, and in these works probes the ever-widening gap between real life and the eerie artificiality enabled by social media. In How We See, Simmons explores contemporary notions of beauty, identity, and persona—investigating how individuality can be assembled through the distorted lens of idealized beauty.

Long before digital technologies were commonplace in daily life, Simmons immersed herself in imaginary, constructed worlds, from dollhouses in Early Color Interiors (1978 – 79), ventriloquist’s dummies in Clothes Make the Man (1990 – 92), and more recently Japanese cosplay in Kigurumi (2014). A constant thread through the artist’s work from 1978 to the present is an examination of self-perception. How we see ourselves, Simmons suggests, is best revealed through approximations, surrogates, and stand-ins. Laurie Simmons: How We See is the artist’s first solo museum exhibition in New York City.

Laurie Simmons (born Far Rockaway, New York, 1949) is a photographer and filmmaker. She received her bachelor’s degree in fine arts from the Tyler School of Art at Temple University in 1971. Solo exhibitions of her work have been held at the Neues Museum, Nuremberg (2014); the Print Gallery at the New York Public Library (2010); the Baltimore Museum of Art (1997); the Walker Art Center, Minneapolis (1987); and P.S. 1, New York (1979). Her work has also been shown at the Museum of Contemporary Art, Chicago; the Institute of Contemporary Art, Boston; the Museum of Modern Art, New York; the Metropolitan Museum of Art, New York; and the Whitney Museum of American Art, New York, among other venues. She lives and works in New York.

Clothing by Rachel Antonoff and make-up by Landy Dean and James Kaliardos.

Additional support is provided by Lorraine and Martin Beitler and through public funds from the New York City Department of Cultural Affairs.

Eisenman works both within this portrait tradition and against it. Seder captures an emotional as well as a physical likeness of her friends and family, including some invented characters. Most distinctively, she places the viewer as a central figure in the Passover ritual — a strategy not seen in more traditional depictions. She illustrates universal emotions of love, anxiety, and loneliness with a touch of humor, even irony. Eisenman’s paintings are known for their macabre themes, dark humor, and canny critiques of pop culture and art history. Among her influences in Seder are the opulent Impressionist and Post-Impressionist luncheon scenes of Pierre-Auguste Renoir and Pierre Bonnard. Perhaps a hint of Norman Rockwell’s populist Thanksgiving tableau, Freedom from Want, may also be detected.

The Passover table bears a number of emblematic items: glasses of wine that are drunk at specified points in the evening as the Exodus story is retold; three pieces of matzah (unleavened bread); copies of the Haggadah for the participants; and, centrally, a plate bearing certain foods that celebrate freedom and recall the bitterness of slavery. The tradition of a special plate or basket for the seder foods originates in a reference in the Mishnah (first–second century CE), recording older customs, but there is no record of how it was decorated. In Europe in the sixteenth century, artisans began making seder plates with scenes of from the Passover story, or showing the table and its guests. In one tradition, the decoration details the order and placement of the symbolic foods. Some of these plates are explicitly intended to hold those foods; others may have had a more general Passover use.

The museum’s renowned Judaica collection includes numerous seder plates, including two created by Eisenman for this exhibition. The artist thus looks to the past as inspiration for her unique narratives of twenty-first century life, meditations on the human condition. The museum’s portrait collection comprises hundreds of works by Jewish artists or of Jewish sitters, and covers the full breadth of the genre. Moritz Daniel Oppenheim’s group portrait of a German Jewish family celebrating a seder is, in effect, a portrait of a particular time and place—as are Arnold Eagle’s seder photographs and Eisenman’s canvas.

Nicole Eisenman was born in Verdun, France, and received her bachelor’s degree in fine arts from the Rhode Island School of Design. In 2005 she and the artist A. L. Steiner cofounded Ridykeulous, an artist-run collective that focuses primarily on queer and feminist art and produces exhibitions, performances, and publications. She was awarded the Carnegie Prize in 2013. Eisenman lives and works in New York.