Predetermination and or the position of man/woman creating history flip-flops, like the cards of a game. A project with a focus saves man/woman from the morass of nothingness in the parking lot. The Equivalents. Solo show. 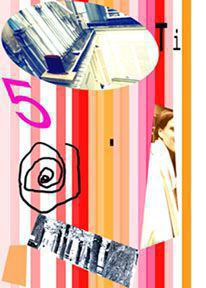 L2kontemporary Gallery is honored to present a body of work from LA-based artist Francesco X. Siqueiros. The exhibit will include both prints and paintings, all of which explore the interconnected theme of equivalence.

The cards that were dealt to us when we were born are to be played from chapter to chapter until the last letter of the epilogue.

There are some things that bombard the stability of the myth of the artist as a modern avatar (unless you play judo and are able to turn the table and redirect contrary energy in your favor).

Change and or the impossibility of change is one these recalcitrant existential nightmares.

Predetermination and or the position of man/woman creating history flip-flops, like the cards of a game. A project with a focus saves man/woman from the morass of nothingness in the parking lot.

I met this woman with olive skin with a Mediterranean physiognomy and, alas, she had the same facial characteristics as my friend in New York City who is an African-American.

A missing link, a traveling gene, an argument for the universal family.

Once conscious of the cycles of our behaviors and their situations, the idea of the potential for transformation may become a project of inspiration.

An observation of physiognomic parallels, behavioral parallels, words that sound like the signifier, a situation that is different and exactly the same all at once.


Why not play judo?

Consider this, in one city block, a village or a milieu sauvage, everything exist at the same time, all the time, simultaneously, ad infinitum.

One strategy of an artist in the contemporary art scene is the infiltration, subversion and participation in the democratic arena of popular culture.

Is Disneyland not cute and powerful? Is Chocomilk not good for your health?

We need to keep our priorities straight. First we pay the rent and then we eat.

As I was walking I was thinking of this friend, and as I turned the corner, like magic, my friend appeared. A rhythm that explains the inevitability of a cycle, a parallel, a simultaneity an equivalent.

The idea of progress is another pillar in the evolution of social order. The advent of humanism and the age of enlightenment put man/woman in the center of the secular orbit.

The constant battle between the clean logical conclusions (never clean) and the extra cream, chrome plated candy colored sensorial persuasion, ad infinitum, exemplify the dance of the idea of progress and the idea of quality of life.

Another side of another coin is the paranoiac position that contemplates and observes the plots and the counterplots of the powers of production of popular consensus. The guardians of independent thinking and of the potential anarchic space.

What came first the sound or the mark?

When I drive at night I seem to see people in the distance only to find that as I get closer I discover a newsstand, a pipe or a discarded cart. Filling in the blacks of desire. Cheap hallucinations.... â€œdejenme soÃ±ar porque soÃ±ar no cuesta nadaâ€.

In my second grade in grammar school I was playing in the courtyard with a â€œfriendâ€, throwing rocks at each other from far away, throwing them high into the air, watching them arching down towards (me/him) the target. The rock was easily avoided due to the visibility of the trajectory and arch of the fall. In one of those easy maneuvers of avoidance I was able to put myself exactly in the trajectory of the rock so it hit me smack on the head.

Seek and you shall find. It will come when you stop looking.

A rhythm is an invocation for the manifestation of the invisible.

It engenders insecurity when you donâ€™t have them and a beautiful sense of belonging when you do. The ritual that encapsulates the meaning of fear.

Another preoccupation with artists has been to discard and destroy the association of art with the status quo. This has been tried by making art a non commodity, by reclaiming the function of art as a commodity and by reconfiguring daily activity into a work of art (and thus engulfing the status quo and its function). The latter applies to the problematic of unification of purpose and to a search of ritual meaning in a secular society.

The research for the language of unification of sound=text=image=economy=rhythm=simultaneity=color=mathematics...ad infinitum recedes into the past, also returning from the future to turn the wheel of the present.