Performance is at the heart of Falsnaes' work: his actions are presented live or filmed, with or without an audience, and with man as study object and material. 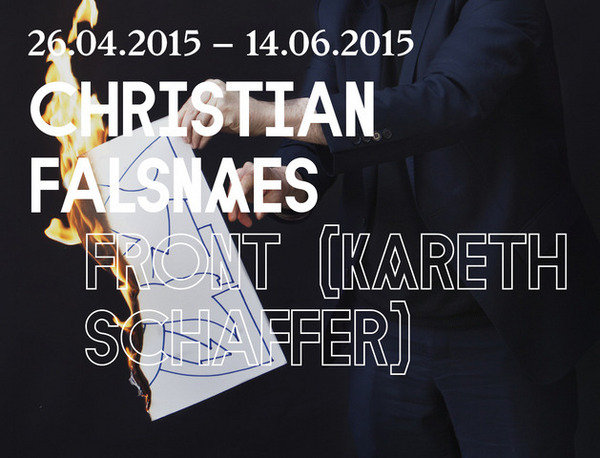 Performance is at the heart of Falsnaes’ work: his actions are presented live or filmed, with or without an audience, and with man as study object and material. To Falsnaes, performance is the medium most closely approaching the Gesamtkunstwerk, as it can incorporate any other medium and is presented live. The artist employs a multitude of visual forms, including painting, video, music and dance, to develop theatrical, often absurd situations with the active participation of the audience. Recurrent themes are the relations between the individual and the group, and those between the artist and his audience.

Falsnaes engages in a thorough, physical exploration of a wide range of issues of social codes, group dynamics, power relations, authorship, gender roles and more. One of the forms this exploration has crystallized in, are the series of unannounced performances in which the artist directed the audience in several roles: from didactic artist to actor, from authoritarian leader to entertainer, clown, hooligan, and outcast. Increasingly, however, Falsnaes develops performative formats in which he himself is not physically present, making use of an interactive app, telephone connection, or stand-in. In other instances, he examines how the particular situation of a performance may facilitate the creation of a video piece. The video does not function as a documentation of the action then, but as an autonomous piece that is realized with the help of a script and camera team.

In line with these recent developments, Falsnaes’ exhibition at KIOSK, Front (Kareth Schaffer) will also materialize gradually: he will present three performance pieces in which existing actions are reinterpreted, thus creating new work on the spot. People will be asked to perform scripts written by the artist, focusing on issues of authorship, participation, and the artist’s identity. The interactive installation The Title Is Your Name will open up the performative potential of looking at art, and will generate a series of new, online video pieces.

On the occasion of his recent nomination for the Preis der Nationalgalerie, Christian Falsnaes will exhibit at the Hamburger Bahnhof, Berlin in Fall 2015. Until May 3rd of this year, his solo show Available can be seen at Kunstverein Braunschweig. Recently, he has also had solo exhibitions at Bielefelder Kunstverein, Bielefeld (2015); PSM, Berlin (2014); Art Basel Statements, Art 45 Basel (2014); KW Institute of Contemporary Art, Berlin (2013); and DREI, Cologne (2013). The exhibition was organized in collaboration with Bielefelder Kunstverein.