Artist filmmaker Declan Clarke will present his most ambitious production of a trilogy of films. The other exhibition pays homage to Lane's vision for a gallery of modern art. 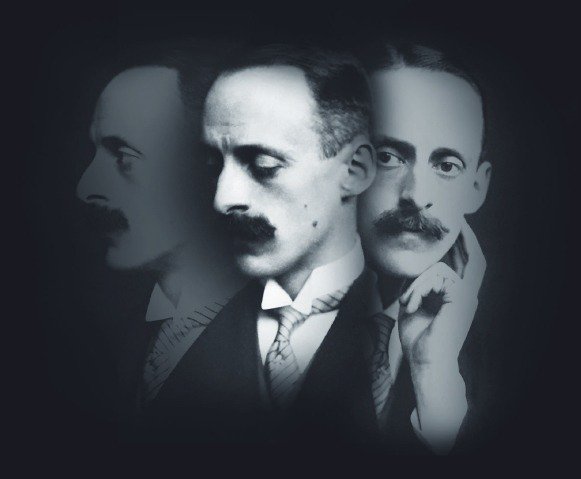 Artist/filmmaker Declan Clarke will present his most ambitious production to date opening at Dublin City Gallery The Hugh Lane on 30th April 2015. The installation consists of a trilogy of films produced between 2013 and 2015.

The three films reflect upon the impact of industrialisation and modernism in Europe. The first film (We Are Not Like Them, 2013) documents the transformation of Europe’s industrialisation and the scope of its shifting political perspectives. In the second film (The Most Cruel of All Goddesses, 2015*) the life and legacy of political theorist Friedrich Engels is shown leading to the formation of NATO in the wake of the Second World War. In the last of the trilogy (Wreckage in May, 2015), commissioned by The Hugh Lane, Clarke focuses on the suppression of the Paris Commune in 1871 and the role played at first by the Impressionist painters in the visualisation of urban modernity and how this role was developed through 20th century cinema and photography.

Inviting a contemporary contemplation, We Are Not Like Them, 2013, film connects four different locations in Europe. It uses the tropes of the early 20th Century documentary film and the mid century espionage film to contextualise these locations, which, in order of appearance, are the former Wallsend and Walker shipyards in Newcatle Upon Tyne, Eisenhüttenstadt, a city on the eastern border of Germany, Nowa Huta, a city on the outskirts of Kraków in Poland, and the Groupe Scolaire L’Octobre – a primary school in the Alfortville district of Paris.

The Most Cruel of All Goddesses, 2015, presents a portrait of the life of German political philosopher Friedrich Engels as a backdrop to a noir/espionage film that follows an unnamed agent on an unspecified mission. The film reflects upon the political history and significance of the Manchester region, particularly Salford where the origins of the socio-political foundations of the 21st century were laid.

Wreckage in May, 2015, uses the thriller/revenge film genre to examine the suppression of the Paris Commune in 1871 and the role of women in the founding, running, and defending of this short lived government. The film also considers the social and militant role of the artist Gustave Courbet in the Commune and how it contrasts with the younger generation of artists, whom he had inspired - the Impressionists. The plot of Wreckage in May shows an unnamed agent figure that follows a female character around a city as she researches the history of the Paris Commune. Unbeknownst to the agent, he disturbs the ghosts of history through his covert intrusions into the woman’s research; the consequences of which are unforeseen and disturbing.

The film trilogy takes seminal moments of history and introduces them into a narrative as active 'agents' that profoundly impact upon contemporary events. Though nominally using historical political events as their subject, the films are entirely grounded in the political present, and function as oblique commentaries on the causes, effects, and ongoing ramifications of the current, political climate. Curator Michael Dempsey said: Wreckage in May obliquely depicts current European social/political history through a cool and understated espionage film. Eliciting techniques of the French New Wave, the installation entices the viewer into a space that parallels the development of French painting from Courbet to Impressionism, with the shift towards auteur theory in 1950s French cinema. Visitors to the gallery can expect to see Gustave Courbet’s The Diligence in the Snow and Berthe Morisot’s Jour d'Été alongside the film screening of Declan Clarke’s films.

Following on from the hugely successful exhibition of 2008 commemorating the centenary of the foundation of the Gallery, 2015 marks the centenary of the untimely death of its founder, Sir Hugh Lane (1875-1915). Dublin City Gallery The Hugh Lane will mark this event with an exhibition that pays homage to Lane's vision for a gallery of modern art, and also highlights his remarkable contribution to artistic life in Ireland within a remarkably short space of time. The exhibition will feature works purchased by Lane including Impressionist masterpieces and commissioned works. Particular emphasis will be placed on Lane's role, not only as a collector and benefactor, but also as a patron of living artists and his relationships with artists such as William Orpen, Augustus John, John Butler Yeats and many others will be explored. The exhibition will also provide an insight into Lane's magnetic and persuasive personality and showcase his unique role as a founder of museums and promoter of the arts.