Modigliani, the Legend of Montparnasse

For the first time in Korea, this exhibition highlights the life and art of Amedeo Modigliani (1884 - 1920) presenting artworks from nearly 40 different museums and private collections around the world. 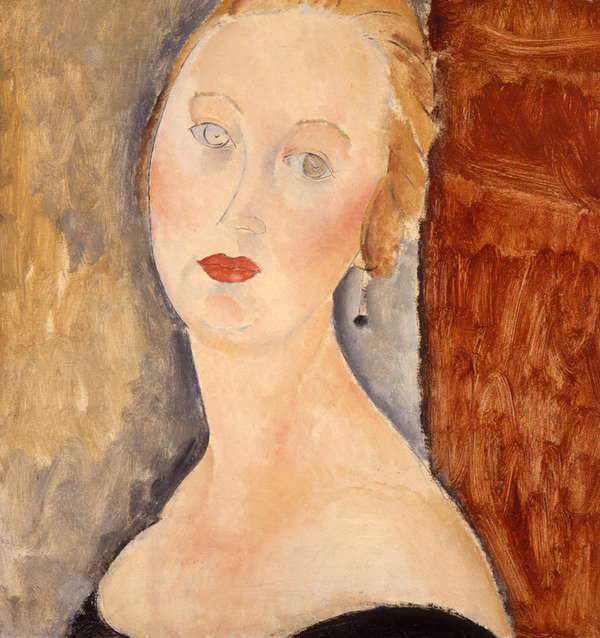 Amedeo Modigliani was a leading figure of Ecole de Paris, an avant-garde group of the twentieth century, which has marked an epoch in the history of art. Modigliani is regarded as the legend of Montparnasse by his tragic and dramatic life and premature death. Modigliani was a humanist who strived to convey the burdens of life as well as the profundities of the inner world of people by focusing exclusively on human portraits. For the first time in Korea, this exhibition highlights the life and art of Modigliani, the legend of Montparnasse.

Less than 400 oil paintings survived in his life time. Nevertheless, this exhibition gathered genuine works of Modigliani from nearly 40 lenders all around the world. The exhibition presents outstanding works of Modigliani from world’s prominent art museums including Fitzwilliam Museum, Manchester City Galleries in the U.K., Museum of Modern Art City of Paris, Orangerie Museum, Picasso Museum, Museum of Fine Arts of Nancy, Museum of Grenoble in France, Israel Museum in Jerusalem, Tokyo Fuji Art Museum and Osaka City Museum of Modern Art in Japan, Toledo Museum of Art in the U.S., Fine Arts Museum, La Chaux-de-Fonds in Switzerland, National Gallery of Victoria in Australia, Ateneum Museum in Finland and the private collections that were hardly open to public.

On September 12, 1884, Amedeo Modigliani was born into a Jewish family as the fourth son in Livorno, Italy. Modigliani’s health was very delicate as a child. Unable to continue his studies, his mother took him on trips to many different cities of Italy, where Modigliani developed an interest in art. In 1906, Modigliani moved to Paris, then the focal point of art, where he began his career as an artist. Gradually, he developed his distinctive style of painting. In 1917, Modigliani held his very first one-man exhibition at the Berthe Weill Gallery; however the nude paintings displayed in the exhibition caused a great scandal for its sensuality and the exhibition was forced to shut down. After all, it was only after his death in 1920 that Modigliani’s work was recognized.

Why Modigliani focused on portraits exclusively

As Modigliani once stated, “When I know your soul, I will paint your eyes”, his obsession with portraits is undeniable.
Rather than considering the models as mere subjects to his paintings, Modigliani wanted to interact and sympathize with them. Just as he stated, "What I am seeking is not the real and not the unreal but rather the unconscious.” the models in his paintings project a deep insight to the human unconscious with their empty eyes.

The area where Modigliani settled in Paris was Montparnasse, on the left bank of the river Seine, a venue for penniless but talented artists to gather for creation and interaction. In the beginning of 1890s, Montparnasse had become the leading artistic quarter in Paris, surpassing Montmartre, the epicenter of Paris’s art world for the previous generation of artists.
Such trend in artistic community also applied to the foreign artists from around the world and Modigliani was one of those emigrant artists who lived and worked in Montparnasse. Besides Modigliani, there were artists like Chagall, Picasso, Brancusi, Kisling, Soutine, Kees van Dongen.

These artists were the leading figures of the groups of artists called School of Paris(Ecole de Paris), the name given by the art critic André Warnod. From 1890 to the outbreak of World War I, there were heated discussions on art in the cafés and on the streets of Montparnasse and many artistic trends were created in this period.
As some of the biggest names like Picasso, Hemingway, and Stein became the frequenters of the district, Montparnasse gained popularity in the 1920s. Moreover, District 14 became heaven for the artists like Man Ray, Modigliani and Henry Miller.