Latent forms. A new series of large-scale close-up photographs that has its origins in 2011, when Demand came across the models of architect John Lautner, stored in the Getty Archive, Los Angeles. 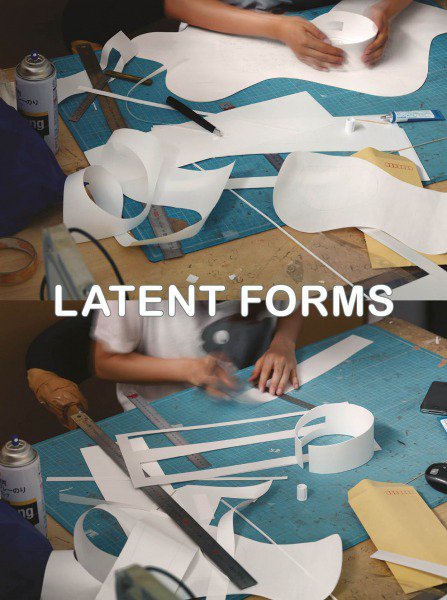 Over the past two years, Thomas Demand has spent many hours in the Tokyo offices of renowned architects Kazuyo Sejima and Ryue Nishizawa, or SANAA, observing their working processes. The result is a new series of large-scale close-up photographs that has its origins in 2011, when Demand came across the models of architect John Lautner, stored in the Getty Archive, Los Angeles. The series that emerged from that process, Model Studies, was the first time Demand photographed subjects other than his own life-sized reconstructions in paper. Made as impermanent sketches for potential buildings, and in storage for many years, Lautner’s models showed all the careworn textures and patina of age. Yet Demand found in their angles and shadows a renewed formal intensity, lending the Model Studies photographs powerful affinities with modernist abstraction.

For the new series, Demand focussed on details: lines, curves and portals are foregrounded,intensifying their abstract potential. The models were originally built to convey ideas in concrete form, to provide the architects a target image of a given proposal. Some of the photographs in Latent Forms express serene elegance, suggesting a utopian space for human habitation, while others have a more cluttered, disposable atmosphere – we might detect the remnants of an object or idea that the architects put aside or rejected for good. Yet through the use of crops, shadows and sharp angles, Demand’s photographs transform these architectural concepts into a distinct pictorial realm. About the process, Demand writes that ‘looking at the details and the little pockets, edges, and coincidental collocation of the objects in front of me allowed me to emphasise their sculptural potential in abstracted composition, instead of reading them as identifiable renderings of buildings.’

Demand’s approach gives the SANAA photographs a particular set of formal qualities, divergent from those of the models. As abstractions, each picture delivers a visceral effect, while also opening up a virtual space in which the viewer’s imagination can play. This pictorial space is paralleled in the studio, and the title of the show, Latent Forms, alludes to the nascent ideas that emerge during the working process. For the London exhibition, Demand has added yet another layer on the theme of surface and abstraction: he has covered the gallery’s walls with wallpaper that brings to mind everyday brown wrapping or packing paper. This trompe-l’oeil game expands the questions raised not only by the photographs in Latent Forms but the history of abstraction itself: how we navigate surface and depth, exterior and interior, illusion and experience, depiction and interpretation.