The 6th edition of the biennial brings together more than 30 artists from 12 countries around the world to participate of a programming including Performa Commissions, Performa Projects, Performa Premieres, Performa Institute, Performa Hub, Pavilion Without Walls, and more-breaking down the boundaries between visual art, music, dance, poetry, film, and architecture. 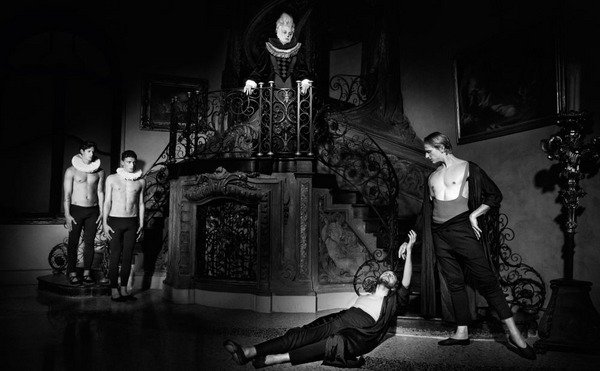 Performa, the internationally acclaimed organization dedicated to live performance across disciplines, launches the sixth edition of its biennial and celebrates the organization's tenth anniversary. Performa 15 will take place on November 1–22, 2015, at locations across New York City. Performa 15 brings together more than 30 artists from 12 countries around the world to participate in three weeks of exciting programming including Performa Commissions, Performa Projects, Performa Premieres, Performa Institute, Performa Hub, Pavilion Without Walls, and more—breaking down the boundaries between visual art, music, dance, poetry, film, and architecture. Performa 15 highlights Australia as a focus for Pavilion Without Walls, and launches a pioneering partnership with Lafayette Anticipation, Paris.

"The program takes the viewer across a wide spectrum of ideas, providing examples of what it means to be a visual artist working live," says RoseLee Goldberg, Founding Director and Curator of Performa. "Each work contains complex issues, of society, art and politics, and each artist uses the many layers of live performance to express their individual viewpoints, engaging audiences in the process."

Performa Projects
Performa Projects enable artists to create new work that is generally more process centered, and sometimes more intimate, inviting a closer look at the expanded mechanics of performance. Projects include Derrick Adams: Pablo Fanque's Circus Royal/SIDESHOW, Performa Poetry Series: What if someone told u you were significant?, and Will Rawls: Personal Effects.

Pavilion Without Walls
The Pavilion Without Walls was established at Performa 13 to forge strong partnerships between New York and select countries around the world. This year, in partnership with Performance Space and Artspace in Sydney, and the Institute of Modern Art in Brisbane, the Pavilion Without Walls showcases Australia's most vibrant and significant artists, presenting live performances, historical research, and analyses of the cultural landscape of Australia through the lens of contemporary art. The Australian Pavilion will feature artists Agatha Gothe-Snape, Brian Fuata, Richard Bell, Zheng Mahler, Justene Williams, collective WrongSolo and Art Historian Terry Smith.

Performa Hub
The Performa Hub is an architectural commission that functions as the biennial's headquarters. Open daily from noon to 8pm, the program includes screenings, panel discussions, artists' seminars, a lounge, and visitor information center. Celebrating an activated dialogue between architecture and performance, the design for this year's Hub is the first selected by architectural competition. The winning proposal was designed by Christoph a. Kumpusch and his office Forward slash (/) ARCHITEKTUR.

Performa Institute
The Performa Institute fosters learning, critical discourse, and deeper engagement in performance history and contemporary art through year-round programming. Situated at the Hub during Performa 15, Performa Institute programs run daily throughout the biennial. Process-driven residencies enable artists to explore the possibilities of performance, oftentimes transforming the Performa Hub into a setting that molds itself to the unique needs of each project. Artists-in-residence include Chimurenga: Library, Jonathas de Andrade: A Study of Race and Class—Bahia >< New York, Eleonora Fabião: Things That Must Be Done Series, and WrongSolo: Cardinals.

The curatorial team for Performa 15 is led by RoseLee Goldberg and includes Performa curators Adrienne Edwards, Charles Aubin, and Mark Beasley, as well as curators from a consortium of more than 30 cultural institutions. Performa 15 is produced by Esa Nickle.