You've Got to Know the Rules...to Break Them

The exhibition reveal earnest explorations of the artists technical acumen, through experimentation, they accepted practices by drawing upon a variety of themes from cultural and historical to sociopolitical modes. 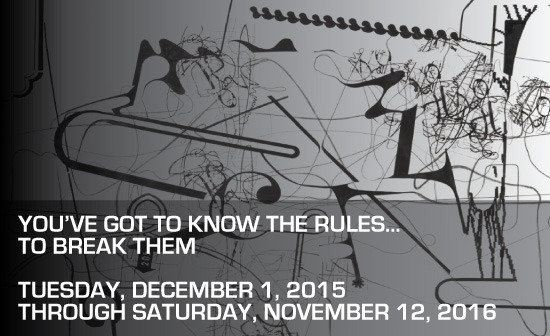 The de la Cruz Collection presents their 2016 exhibition "You've Got to Know the Rules...to Break Them." Rosa and Carlos de la Cruz have selected a group of artists from their personal collection who have been associated with defining 21st century practice. Self-aware of the influence that technology and the rise of consumerism has had on their work, artists exhibited follow the cool forms of Minimalism, Conceptualism and Abstract Expressionism, while injecting their works with subtle negations of their own process. Looking at traditional techniques behind painting and sculpture, these works co-exist timelessly as strategies of stylistic appropriation raise questions of subjectivity and originality.

"You've Got to Know the Rules...to Break Them" contextualizes New American Abstraction with German Neo-Expressionism, revealing earnest explorations of the artists technical acumen.Through experimentation, they antagonize accepted practices by drawing upon a variety of themes including cultural, historical and sociopolitical modes.

Per contra, the third floor contains a study in portraiture and memory with the works of Félix González-Torres, Ana Mendieta and Rob Pruitt. By transforming everyday objects and using energetic gestures and repetition, González-Torres, Mendieta and Pruitt accept diverse ideologies and reject the notion that art has a single vantage point.