Raqs Media Collective: Art in the Age of Collective Intelligence and If the World is a Fair Place Then... indoor show, plus an outdoor commission inspired by the more than 500 responses to the prompt gathered by Laumeier in 2014. Video artist Zlatko Cosic and choreographer Ashley McQueen honor the labor that goes into the manicured landscape. 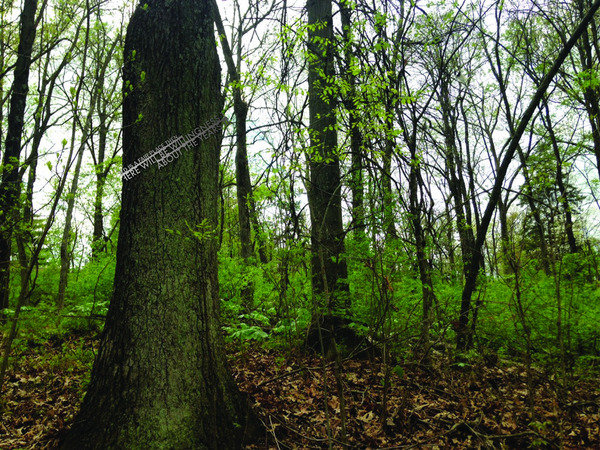 Raqs Media Collective
Art in the Age of Collective Intelligence and If the World is a Fair Place Then...

Laumeier Sculpture Park announced Raqs Media Collective: Art in the Age of Collective Intelligence as the inaugural exhibition in the Whitaker Foundation Gallery of the new Adam Aronson Fine Arts Center. The indoor exhibition, plus an outdoor commission by Raqs entitled If the World is a Fair Place Then…, will run October 16, 2015 through February 14, 2016.

The Raqs Media Collective consists of three media practitioners—Jeebesh Bagchi, Monica Narula and Shuddhabrata Sengupta—based in New Delhi, India. Art in the Age of Collective Intelligence consists of a large series of photographs and a constructed library of books expanding on Raqs' ongoing preoccupation with change from the inside. Layered texts within the photographs and books examine the ideas of "fairness" and "unfairness" using cut-out fragments of passages as shadowed insertions, leaving both physical and contextual marks.

If the World is a Fair Place Then… is an outdoor commission inspired by the more than 500 responses to the prompt gathered by Laumeier in 2014. 40 stainless steel bands etched with various thoughts, feelings and ideas from the responses encircle tree trunks along Laumeier's Art Hike Trail, exploring Raqs' interest in the history of World's Fairs—especially the 1904 World's Fair in St. Louis—and the polyphony of the crowd.

"Our collaboration with the Raqs Media Collective is the perfect exhibition with which to open the new Adam Aronson Fine Arts Center to the public," said Marilu Knode, Laumeier's Executive Director. "Raqs' separate yet related indoor exhibition and outdoor commission allow us to physically link our indoor and outdoor activities within the Park—one of our main objectives for the new building."

For the 2015 Kranzberg Exhibition Series, video artist Zlatko Ćosić and choreographer Ashley McQueen honor the labor that goes into the manicured landscape at Laumeier. Through a series of dance performances held in 2014, culminating in a short film, Ćosić and McQueen explore Laumeier’s unique partnership with St. Louis County Parks, highlighting the passion and hard work that goes into the care and maintenance of the Park. The exhibition represents Laumeier’s interest in representing a range of art forms in the Park, challenging traditional definitions of “sculpture.”

Dance is often seen as an art form constrained to the stage; however, this unique collaboration aims to provide and construct a new stage for dance. Based on the principle of movement, dance—like cinema—began as an art form centered on the human body, physical performance and communication through action and image. The film combines techniques of documentation and abstraction, pitting the real versus the performance and presenting a narrative that brings to the foreground that which is often overlooked. With their collaboration, Ćosić and McQueen demonstrate the pervasive affinities between these two mediums through play on the sounds of the environment and the performer as movable, kinetic sculpture by combining views of the micro and macro world of the Park, literally linking art and nature through the language of movement.