New rafael. Quarantine Series will leave its current exhibition space at the end of this year. As from next year, we intend to manifest ourselves on other locations. We are proud (and sorry) to present our final exhibition: a solo show by Rafael Rozendaal. The exhibition will consist of a new animation and a mural. 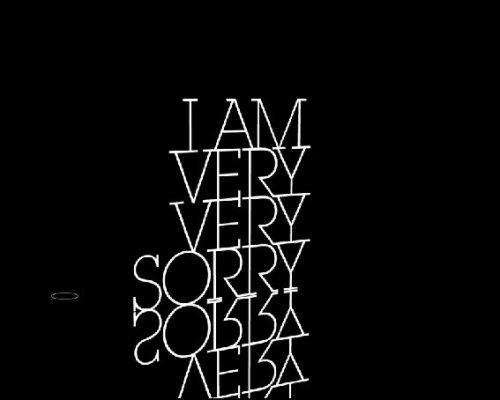 Quarantine Series presents its final exhibition in the Quarantine Building.

Quarantine Series will leave its current exhibition space at the end of this year. As from next year, we intend to manifest ourselves on other locations. We are proud (and sorry) to present our final exhibition: a solo show by RafaÃ«l Rozendaal.

RafaÃ«l Rozendaal
RafaÃ«l Rozendaal makes interactive animations and websites. Usually dealing with very simple fiction, his flash animations are playful, experimental, poetic or simply funny. Theyâ€™re like small time-based paintings on the web. He likes to describe his work in terms of painting. But even though he regards websites as his canvas, you can never say he uses the computer as his tool. â€œMy computer is not a tool, itâ€™s a space, a world, a landscape. Its screen has more dimensions than real life: in a browser window you can look further than in a real window.â€ According to RafaÃ«l, it is not about the medium â€“ â€œtalking about the choice of medium is just as dull as painters talking about paintâ€ â€“ it is about perception, feelings, abstraction. Itâ€™s about capturing essence and concentration with very little image.

The exhibition of RafaÃ«l Rozendaal in Quarantine Series, entitled â€œnew rafaelâ€, will consist of a new animation and a mural.

NEEN
RafaÃ«l Rozendaal is the only Dutch member of NEEN, an international group of artists and designers of websites. NEEN was founded in 2000 by artist Miltos Manetas, after he commissioned the American company Lexicon Branding to invent a term for a new art movement. NEEN was the resulting term, a palindrome created by a computer programme after it was fed with words like 'screen' and 'new'. In old-Greek NEEN is "exactly now, no second later". This is a nice coincidence as it reflects what NEEN stands for. Itâ€™s light and ephemeral, but with strong ideals. NEEN searches for a new definition of beauty, a new aesthetics in a new world, a new language for old words.

CV
RafaÃ«l Rozendaal is born in Amsterdam (1980) and lives and works in Los Angeles. He finished a study of graphic design at the art academy of Maastricht in 2002. Since then he has participated in many international exhibitions, a.o.: White Trash, Electronic Orphanage, Los Angeles, 2001; Tirana Biennale, Tirana Albania, 2001; biennale.net, Deitch Projects, New York, 2001; Afterneen, Casco, Utrecht, 2003; Digital Sublime: New Masters of Universe, Moca Taipei, Taiwan 2004. In 2004 he curated the exhibition â€˜NeenTodayâ€™ at the MU Art Foundation, Eindhoven. To get an impression of his work, see: http://www.newrafael.com

Quarantine Series is a project of Stichting Kunstwerk Loods 6 and is financially supported by the Mondriaan Stichting.