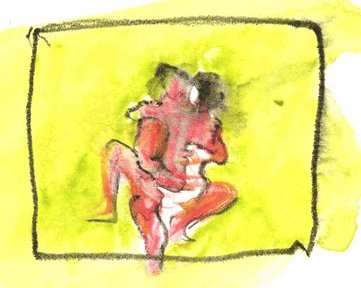 The Aldrich Contemporary Art Museum will present Memento Mori (My Glass is Run), an installation by artist Mark Dion on view in The Aldrichâ€™s Cornish Family Sculpture Garden from May 1 through October 10, 2005. An opening reception will be held on Sunday, May 1, 2005, from 4 to 6 pm. Round-trip transportation from NYC is available; please call the Museum at 203.438.4519 for reservations.

Mark Dion produces artwork that consistently blurs the boundaries between natural history, art, and science. A recipient of the Larry Aldrich Award in 2001, his works both critique and celebrate the cataloging and presentation of art, historical, and natural materials by museums, exploring themes as diverse as archeology, consumer culture, ecology, environmentalism, and political activism. Dionâ€™s outdoor installation, Memento Mori (My Glass is Run), takes the form of a mock cemetery dedicated to significant American naturalists of the eighteenth and nineteenth centuries that had worked in the greater Philadelphia area. The installation was originally commissioned by the Main Line Arts Center in Haverford, Pennsylvania as part of their exhibition Past Presence: Contemporary Reflections on the Main Line. Reconfigured for presentation at The Aldrich, the work will be suggestively installed in The Aldrichâ€™s inner courtyard, creating the moody atmosphere of a history-laden churchyard.

When queried on the naturalists chosen for the tombstones, Dion replied, â€œVersed in literature, poetry, art, medicine, political theory of natural philosophy, they were the first true polymaths and people of startling intellect and talent.â€ Although the group of individuals was not actually buried near one another Dionâ€™s project highlights both their connection with Philadelphia and their contributions to the early evolution of natural science in the United States. The work includes headstones dedicated to Benjamin Smith Barton, John Bartram, Jane Colden, Thomas Say, Charles Wilson Peale, Titian Ramsey Peale, Rembrandt Peale, and Raphaelle Peale.

Mark Dion lives and works in Beach Lake, PA. He attended the University of Hartford, CT, The School of Visual Arts in NY, and the Whitney Museum of American Art Independent Study Program, NY. In 2001, He was the ninth recipient of the annual Larry Aldrich Foundation Award and his award exhibition, Full House, was presented at The Aldrich in 2003. Also in 2003, Dion was awarded an honorary doctorate from the University of Hartford Art School in conjunction with the exhibition Mark Dion: Collaborations 1987 â€“ 2003 at the Joseloff Gallery in Hartford, CT.

The Aldrich Contemporary Art Museum is pleased to present the first solo museum exhibition by New York City-based artist Orly Genger, on view from May 1 through October 10, 2005. Genger conceived her monumental new sculpture, hand woven from multicolored nylon rope, especially for The Aldrich. During the exhibitionâ€™s opening reception, which takes place on Sunday, May 1, 2005, from 4 to 6 pm, the artist will perform with her monumental hand-woven sculpture installed at the entrance of the Museum. In performance, Genger maneuvers her way through an unwieldy landscape full of awkward shapes and rich textures. Round-trip transportation from New York City is available; please call the Museum at 203.438.4519 for reservations.

Genger transforms knittingâ€™s intimate, homespun aesthetic into large-scale works that relate more to post-Minimal sculpture and the color fields of late modernist painting than to craft projects. Her technique, which dispenses with needles altogether, deliberately narrows the distance between original idea and final object. Genger weaves thick strands of rope, elastic strapping, yarn, and metallic ribbon with only her fingers; the resultant objects are indexical traces of her unique process and directly convey the painstaking labor that goes into their creation. Her sculpture for The Aldrich, comprised of thousands of feet of nylon rope typically used by rock climbers, continues the Museumâ€™s tradition of exhibiting unconventional outdoor sculpture and will stretch from the Museumâ€™s historic â€œOld Hundredâ€ building to the recently opened new Museum facility. Gengerâ€™s sculptures frequently lie on the gallery floor or on the ground; in her performances, they become a landscape through which the artist moves. The work becomes a literal extension of her body, as maker becomes object.

Orly Genger has exhibited at Socrates Sculpture Park in Long Island City, NY; the Haifa Museum of Art, Israel; and at Stux Gallery and Elizabeth Dee Gallery in New York.

The Aldrich Contemporary Art Museum will present an installation by Swiss video artist Pipilotti Rist on view from May 1 through October 10, 2005. An opening reception will be held on Sunday, May 1, 2005, from 4 to 6 pm. Round-trip transportation from NYC is available; please call the Museum at 203.438.4519 for reservations.

Known internationally for her innovation within the medium of video art, Ristâ€™s videos posses a visual language all their own, filled with saturated colors, grainy or distorted images, and wide, sweeping motions through landscape and space. For The Aldrich, Rist will install Grabstein fÃ¼r RW, a gray tombstone strewn with maple leaves. At the center of the tombstone, a round video screen seen through a half-lens depicts the artist herself, lying in the grass, with her red tongue thrust out. Sexually charged and ethereal, Ristâ€™s performance confronts the boundaries of two distinct states of being, the ghostly with the flesh.
Born in Switzerland in 1962, Pipilotti Rist lives and works in Zurich and Los Angeles. She studied graphic design and photography at the Academy of Applied Arts in Vienna, then video at the School for Design in Basel, and was the recipient of the Premio 2000 Prize at the Venice Biennale in 1997. She has mounted solo exhibitions at MUSAC, Centro Museo de Arte Contemporaneo de Castilla y Leon in Valladolid, Spain; San Francisco Museum of Modern Art; and the Centre of Contemporary Art in Warsaw; with an exhibition planned for Contemporary Arts Museum, Houston, in 2006.

The Aldrich Contemporary Art Museum will present Liquid Ballistic by artist Roman de Salvo, the fourth sculpture in the Main Street Sculpture Project series, on the front lawn at The Aldrich from May 1 through October 10, 2005. An opening reception will be held on Sunday, May 1, from 4 to 6 pm. Round-trip transportation from NYC is available; please call the Museum at 203.438.4519 for reservations.

Blending a fascination for machines and craftsmanship with an interest in language and wordplay, Roman De Salvoâ€™s work is imbued with wit and playfulness. Liquid Ballistic is the first Main Street Sculpture project to invite visitor interaction. This sculpture of a life-size cannon resembles old artillery, but it playfully comments upon outdoor recreation, roadside Americana, and idyllic pastimes and pleasures. The cannon made from mahogany is actually a seesaw that discharges a gentle stream of water from its muzzle when two people teeter-totter. In giving the cannon this function, de Salvo blunts its perceived function as a weapon, and instead finds a friendlier application for this piece of history. Perfectly paired with Ridgefieldâ€™s historic eighteenth-century Main Street, Liquid Ballistic will surprise passersby as a humorous, absurd, and poignant sculpture.

Roman De Salvo lives and works in San Diego, CA. He received his BFA from the California College of Arts and Crafts, Oakland, and his MFA from the University of California, San Diego. Liquid Ballistic was originally created for an exhibition in the sculpture garden of the Museum of Contemporary Art in San Diego. In 2003 he exhibited his work in American Idyll at the Public Art Fund in New York, and Baja to Vancouver: The West Coast in Contemporary Art at the Seattle Art Museum. In 2001 Salvo had a solo exhibition, Woods, at Quint Contemporary Art in La Jolla, CA