The exhibition explores the representation of families and children in contemporary photography and video. Since its inception in the mid-19th century, photography has always been used to represent the bonds of family, whether through portraiture or documents of important milestones like weddings. The show includes both documentary-style and more clearly staged or manipulated work by 16 international artists. 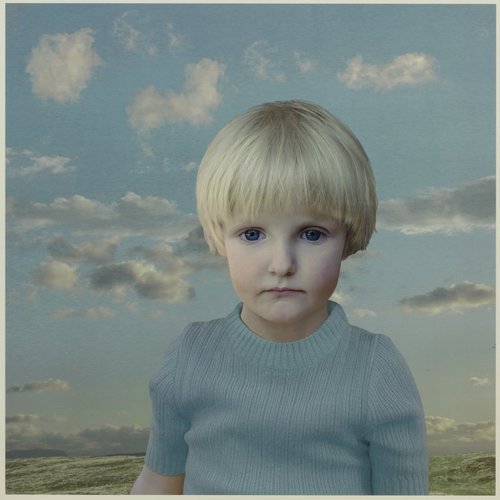 This exhibition was organized by Jennifer Blessing, Curator of Photography, Solomon R. Guggenheim Museum. The exhibition first appeared at the Galleria Gottardo, Lugano, Switzerland, in 2005, in collaboration with the Solomon R. Guggenheim Foundation, through the Peggy Guggenheim Collection, Venice. In New York, Family Pictures will feature additional artists and recent acquisitions.

Since its inception in the mid-19th century, photography has been used to represent the bonds of family, whether through portraiture or documents of important family milestones. In these images, fleeting moments of childhood are captured and preserved, and the family unit is fixed for posterity. Many contemporary artists create portraits of children, even their own, expanding on both the vernacular tradition as well as the representation of youth in the history of art. Other artists look to harness the power of childhood memory in adult life through their fictional renditions of past traumatic events.

The themes presented in Family Pictures concern the relationship between parents and children, the definition of gender and gender roles, the formation of the ego, and the often traumatic memories of childhood.

Publication
A fully illustrated bilingual catalogue (Italian and English), which accompanied the exhibition at Galleria Gottardo in Lugano, Switzerland, is available. The catalogue features an introduction and essay by Jennifer Blessing on the exhibition concept and the themes of family and children in the context of contemporary photography. The catalogue includes full-color reproductions and artist entries, and is available in hardcover for $35.00.

The Photography and Video Collection of the Solomon R. Guggenheim Museum
The Robert Mapplethorpe Foundation’s gift of 200 of Mapplethorpe’s finest photographs and unique objects to the Solomon R. Guggenheim Foundation in 1992 was the catalyst for the museum’s efforts to build a critically important collection of contemporary photographs and photo-based works.

The Mapplethorpe Foundation’s donation was followed by another major gift in 2001 from the Bohen Foundation, a private charitable organization that commissions new works of art with an emphasis on film, video, and new media. Bohen gave the Guggenheim its entire holdings of 277 works by 46 artists, including important photographs by Sophie Calle, Tim Davis, Glenn Ligon, Hiroshi Sugimoto, Sam Taylor-Wood, and Jane and Louise Wilson, among others. The museum has an active Photography Committee, whose recent acquisitions include works by Slater Bradley, Philip-Lorca diCorcia, Nathalie Djurberg, Carlos Garaicoa, Nan Goldin, Sarah Anne Johnson, Louise Lawler, Sherrie Levine, Catherine Opie, Collier Schorr, Wolfgang Tillmans, and Andy Warhol. In 2002, the museum mounted the exhibition Moving Pictures, which filled the entire New York museum with photo- and video-based works, as a testament to the depth and breadth of the collection.

Family Pictures includes recent acquisitions of photographs and videos provided to the museum by the Mapplethorpe and Bohen Foundations, the Harriett Ames Charitable Trust, and private individuals, as well as the museum’s Photography Committee, the International Director’s Council, and the Young Collectors Council.

About the Curator
As Curator of Photography at the Guggenheim Museum, Jennifer Blessing is responsible for organizing special exhibitions and developing the museum’s photography collection. During her tenure at the museum she has organized photo-based exhibitions including the currently touring show Speaking with Hands: Photographs from The Buhl Collection. The catalogue for her 1997 exhibition, Rrose is a Rrose is a Rrose: Gender Performance in Photography, won several awards. Most recently, she was co-organizer of the highly acclaimed performance series, Marina Abramović: Seven Easy Pieces, presented at the Guggenheim Museum in New York in November 2005. Currently, Ms. Blessing is working on several exhibitions for the Guggenheim’s network of museums, including one on the work of photographer Catherine Opie for the Solomon R. Guggenheim Museum and a commission of work by Jeff Wall for the Deutsche Guggenheim in Berlin in 2007.