Sugimoto: Portraits, an exhibition of a new series of photographs by the renowned Japanese artist, Hiroshi Sugimoto, will open at the Guggenheim Museum SoHo.
His work occupies an exceptional position in the world of photography, combining poetic imagination and noble elegance with conceptual complexity. 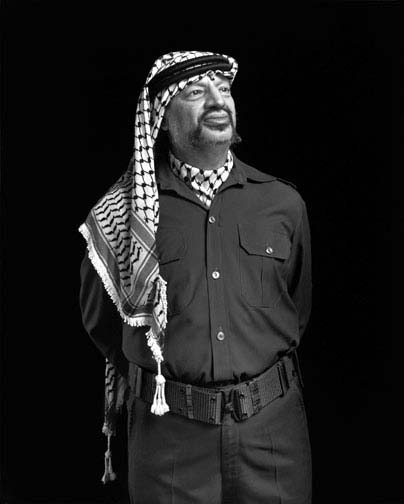 Sugimoto: Portraits, an exhibition of a new series of photographs by the renowned Japanese artist, Hiroshi Sugimoto, will open at the Guggenheim Museum SoHo.

Commissioned by the Deutsche Guggenheim Berlin and exhibited there last year, Sugimoto?s Portraits series marks a new direction in the artist?s work. The exhibition will remain on view through November 10, 2001. We are very pleased to present these astonishing photographs by Hiroshi Sugimoto, noted Thomas Krens, Director, Solomon R. Guggenheim Foundation. His work occupies an exceptional position in the world of photography, combining poetic imagination and noble elegance with conceptual complexity.

The Deutsche Guggenheim Berlin is an exceptional joint venture between a corporation and a nonprofit arts foundation Deutsche Bank and The Solomon R. Guggenheim Foundation. With its program of artist commissions, Deutsche Guggenheim Berlin operates at the forefront of contemporary culture, distinguishing itself as a museum for living artists. According to Lisa Dennison, Deputy Director and Chief Curator, Solomon R. Guggenheim Museum, Our partnership allows us to break free of our traditional roles in the arts the corporation as sponsor and the museum as repository. Although we both collect art, we can now, through working together, act as a catalyst for artistic production.

Born in Tokyo in 1948, Hiroshi Sugimoto left his native Japan in 1970 to study art in Los Angeles at a time when Minimalism and Conceptual Art both of which helped shape his aesthetic vision reigned. As his work evolved, Sugimoto created subjects of such conceptual depth that he has continued to re-visit them throughout his rich career. Inspired by the systemic aspects of Minimal art, he explores his themes through a rigorous sense of seriality. Five significant photographic series dominate Sugimoto?s career thus far: Theaters (begun in 1978), Dioramas and Wax Museums (begun in 1976), Seascapes (begun in 1980), Sanjusangendo, Hall of Thirty-Three Bays (created in 1995), and Architecture landmarks (begun in 1997).

In Sugimoto: Portraits, the artist has returned to the wax figures he first explored in his Dioramas series. Unlike his earlier depictions of dioramic displays found in natural history museums and tableaux of famous persons in wax museums, these images are life-size, black-and-white portraits of historical figures and contemporary personalities, such as Henry VIII, Napoleon Bonaparte, Voltaire, and Princess Diana. Working in a scale entirely new to his oeuvre, Sugimoto isolated the wax effigies from the staged vignettes in Madame Tussaud?s London Waxworks, posed them in three-quarter length view, and lit them against black backdrops so as to create haunting portraits. His painterly renditions are lush with details and recall the works of Hans Holbein, Anthony van Dyck, and Jacques Louis David, from which many of the wax figures were originally drawn.

As the exhibition illustrates, Sugimoto rekindles a dialogue that has existed since photography?s invention: the relationship between painting and the medium of mechanical reproduction. To photograph a wax tableau of Vermeer?s The Music Lesson in Madame Tussaud?s Amsterdam museum, Sugimoto positioned the camera so that his tripod replaced Vermeer?s easel in the mirror?s reflection. Vermeer, who was known to use a camera obscura to paint his domestic scenes with verisimilitude, is here transformed into a photographer and Sugimoto into the painter. Another work featured in the exhibition is Sugimoto?s five-panel photograph of a wax effigy of Leonardo da Vinci?s Last Supper shot in a Japanese wax museum. The photograph, which spans approximately 25 feet in length, dramatically reveals the relationship between artifice, representation, memory, and reality that forms the core of this new series.