Picasso and Matisse. The exhibition focuses on the two masters as printmakers, an area of work which both artists pursued with vigour at different times in their careers. All the prints on view draw heavily on the Western figurative tradition. This focus is fascinating and illuminating in revealing their shared dependence on this subject and consequently how their work can be seen in a comparable light. 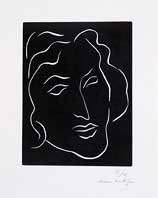 Picasso and Matisse - giants of twentieth century art - were both dedicated print makers. The juxtaposition of these two artists is legendary from the rivalry and mutual appreciation of each others work during the time of its creation, to the many retrospectives, including the memorable exhibition pitching the two artists at the Tate Modern in 2002.

This exhibition focuses on the two masters as printmakers – an area of work which both artists pursued with vigour at different times in their careers. Importantly, for both artists prints were not seen as low priced reproductions of their other, more expensive, works of art. Neither were they seen as studies towards larger, more developed paintings, for example. The prints are finished and fully considered artworks in their own right. For this reason we believe that these low edition, pencil signed prints are truly beautiful and affordable artworks with substantial investment potential.

The continuing assessment of these artists reveals how they were very different in character. Reserved and dignified, Matisse was the image of respectability. Aggressive and egotistical, Picasso considered himself superior to every person he met. When the two painters were shown side-by-side in London in 1945, Matisse told a friend, 'Obviously, next to him, I always look like a little girl'. Despite their differences they acknowledged each other's talents and inspired one another.

Picasso created many prints and in a variety of media. However, for the first forty years of his artistic career he concentrated almost exclusively on intaglio processes. The one hundred remarkable etchings that make up The Vollard Suite are generally regarded as the finest of his achievements in printmaking. The Suite was conceived between 1930 and 1936 and is mainly divided in five main themes: Rembrandt, The Battle of Love, The Sculptor's Studio, The Minotaur and The Blind Minotaur. These themes are often related to Picasso's own life, and within this series he is generally identified as the Minotaur figure. Despite superficial differences, an underlying unity of tone and Picasso's preoccupation with neo-classical and classical subjects lends a homogeneity and consistency to the series. A number of works from The Vollard Suite are included in this show.

All the prints featured in this exhibition draw heavily on the Western figurative tradition. This focus is fascinating and illuminating as it reveals their shared dependence on this subject and consequently how their work can be seen in a comparable light.

Matisse's representation of women and dancers in his prints reveals his instinctive sense of pictorial harmony and rhythm. The depiction of his figures prioritises the expression of joy and pleasure over studied anatomical representation. His economical use of line is of paramount importance in conveying precisely this pleasure and emotion. One of his famous lithographic albums is the Dix Danseuses series made in 1927 for Editions de la Galerie d'Art Contemporain. It portrayed a ballet dancer from the 'Companie de Paris' wearing a richly decorated 'tutu' and a pearl necklace. Prints from this naturalistic series are represented in the exhibition.