Swiss collector Uli Sigg, has been closely involved with China and its culture since the late seventies. His collection, on display in this show, is internationally considered the most comprehensive and significant collection of Chinese art. Presentation of the works in the Museum der Moderne follows theme-related sections, which find their chronological beginning in the late 1970s, and thus in the Socialist Realism prescribed by China's Communist Party. 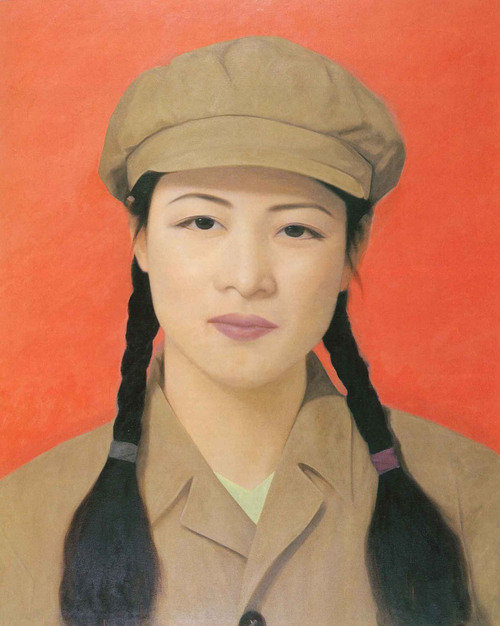 Mahjong is the name of China’s national game. Its origins apparently extend back to the Ming Dynasty. The goal of the game is to find the best combination options for all pieces, divided into 144 categories. Thus Mahjong is the perfect metaphor for an exhibition, which not only displays the highlights of a collection, but is also a representative cross-section (and thus is a metaphor for the ideal of completeness). Swiss collector Uli Sigg, Vice-president of the Executive Board of the Ringier Group, has been closely involved with China and its culture since the late seventies. Since the midnineties he and his wife Rita have exclusively collected Chinese art, and he is one of the pioneers in this field.

His collection is internationally considered the most comprehensive and significant collection of Chinese art - not to mention the continuous and close contact of the collector with the Chinese artists themselves. After first only acquiring contemporary works, he soon began to expand his collection activity to “historical” works of the Avant Garde from the late seventies, eighties and early nineties. The collection steadily grew with the collector’s continuous acquisitions. All the important aspects are documented with main works; among these are many works that have since achieved iconic status in the Chinese art scene.

Presentation of the works in the Museum der Moderne Salzburg follows theme-related sections, which find their chronological beginning in the late 1970s, and thus in the Socialist Realism prescribed by China’s Communist Party. The 1980s are characterized by an unprecedented awakening in the Chinese arts scene, whose works surmount and simultaneously parody the content and form of the state-prescribed aesthetic. Young artists quickly absorbed and worked with the up-to-date media, techniques and stylistic devices developed in the West. Nevertheless, a specific Chinese tradition can be encountered in the roots of the works, whether this involves pre-modern elements known in the West (landscape paintings, writings, scrolls, etc.), or whether it involves the prescribed Socialist Realism that lasted until the 1970s.

The themes of contemporary art are however closely related to the enormous social and economic transitions of the previous decades in China. Family politics, town versus country problems, or the search for identity, are a few of the themes the artists address. In addition to introductions to the displayed artists and individual analysis of select artworks, the extensive catalogue also offers introductions to China’s socio-political and artistic development over the last three decades.

The exhibition, which has been shown at the Kunstmuseum Bern and the Kunsthalle Hamburg, will be shown in modified form in Salzburg. Among other things, the latest works from the collector, which will be publicly presented for the first time, will be included, and an installation specially developed by Chu Yun for this museum location will be realized in the surrounding museum environs.