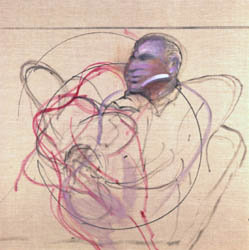 2008 marks the centenary of the founding of the Municipal Gallery by Hugh Lane and his supporters. The centrepiece of the Gallery’s centenary exhibition programme is Hugh Lane 100 Years, which includes his collection of 39 Continental Pictures, the first time seen in Dublin since 1913

“This will be the first time these paintings including world famous Impressionist paintings will be exhibited alongside the original collection in Dublin since the site controversy in 1913 when they were removed to the National Gallery, London.

Following a huge controversy surrounding a signed but un-witnessed codicil to Lane’s will, an agreement was finally reached in 1959 whereby the 39 Hugh Lane Bequest Paintings are shared between the National Gallery London and Dublin City Gallery The Hugh Lane. In 1993, an further agreement was negotiated whereby the Impressionists in the group are shared equally between the two institutions.

“When Hugh Lane bought the Impressionist masterpieces so loved today, he was one of the few collectors of modern French painting in either Britain or Ireland. However, this quick-witted tenacity in a way heightens the sense of loss when you come to realise how the paintings were to slip from Dublin’s grasp with Lane’s tragic, premature death on board the Lusitania in 1915”. says Jessica O’Donnell, Acting Head of Collections.

In addition to the 39 paintings from the Hugh Lane Bequest, the exhibition will present work by key artists including William Orpen, Nathaniel Hone, George Russell, Antonio Mancini, John Singer Sargent and JBC Corot and will feature a significant selection drawn from the 300 paintings, sculpture and works on paper originally shown when the gallery first opened.

This exhibition has been kindly supported by Investec ,The Irish Times and The Department of Arts, Sport and Tourism