Thursday - Saturday, 12-6pm; or by appointment 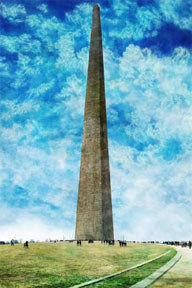 Sangbin IM was awarded a Fulbright grant for his graduate studies at Yale University, where he completed his M.F.A. in 2005. Korean by birth, he also earned a B.F.A. in painting from the prestigious College of Fine Art at Seoul National University. In a very short time, IM has created an incredibly diverse oeuvre inspired by his truly global artistic vision. He has participated in shows around the world, at galleries and art fairs as far a field as New York, Seoul, Taipei, Dubai, Paris, Beijing, Sydney, Zurich, Basel and now Los Angeles.

Exceptionally, his technique combining elements of photography, painting, and print-making is suffused with a passion for detail. His dreamlike imagery allows him to syncretise the real and unreal, the actual and the imagined. His boldly innovative approaches to verisimilitude and perspective create a seamlessly integrated world of fact and illusion. The imagined can be immediately visualized and understood both literally and in the realm of fantasy.

IM’s works address the cerebral boundaries of what it is to look at art. He is an artist for whom the world is always in flux, an ever-changing place from moment to moment and place to place. His eyes ceaselessly capture the metropolitan delirium of time and space, movement, people, and places. He treats images he has captured as data footage to remix and generate a meaningful visual journey that is not only photographic but also painterly.

“The way we see things is affected by what we know or what we believe." Augmenting this notion of Walter Benjamin, IM is actively engaged by what he sees, which includes not only his knowledge and beliefs but also his desires. Essentially, truth can be broadened. The recondite harmonies and discords of the physical world merge to create a special landscape of the mind. As a world traveler with firm Asian roots but a sensibility tempered by his European and American experiences, the artist's history permits him to recapture the hopefulness and zeal of early photography and film.

The revolutionary film director Dziga Vertov wrote in 1923, "I am an eye. I show you a world the way only I can see it. Freed from the boundaries of time and space, I co-ordinate any and all points of the universe. My way leads towards creation of a fresh perception of the world." More optimistically, and befitting of his age and time, IM believes that "recognizing where you stand and what you are looking at can make you realize you are not an insider. Still, you perceive things with your own eyes and desire to own your version of an image; a dream world exists in life. I create my version of an image so the dream world can come true through art."

Rapture and delectation for taking in and manipulating the appearance of the visual world lie at the heart of his artwork. He reinterprets the world as dreamscapes where we can reexamine truth.