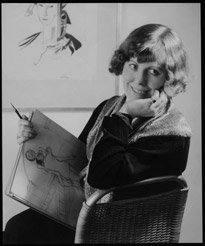 Tino Sehgal (b. 1976, London) constructs situations that defy the traditional context of museum and gallery environments, focusing on the fleeting gestures and social subtleties of lived experience rather than on material objects. Relying exclusively on the human voice, bodily movement, and social interaction, Sehgal’s works nevertheless fulfill all the parameters of a traditional artwork with the exception of its inanimate materiality. They are presented continuously during the operating hours of the museum, they can be bought and sold, and, by virtue of being repeatable, they can persist over time.

Sehgal’s singular practice has been shaped by his formative studies in dance and economics, while using the museum and related institutions—galleries, art fairs, and private collections—as its arena. He considers visual art to be a microcosm of our economic reality, as both center on identical conditions: the production of goods and their subsequent circulation. Sehgal seeks to reconfigure these conditions by producing meaning and value through a transformation of actions rather than solid materials. Consequently, throughout his works he explores social processes, cultural conventions, and the allocation of roles, thereby not only redefining art production but also reconsidering fundamental values of our social system, including sustainability, originality, and ownership.

The fact that Sehgal’s works are produced in this way elicits a different kind of viewer: a visitor is no longer only a passive spectator, but one who bears a responsibility to shape and at times to even contribute to the actual realization of the piece. The work may ask visitors what they think, but, more importantly, it underscores an individual’s own agency in the museum environment. Regardless of whether they call for direct action or address the viewer in a more subtle sense, Sehgal’s works always evoke questions of responsibility within an interpersonal relationship.

Presented as part of the Guggenheim’s 50th Anniversary celebrations, Sehgal’s exhibition comprises a mise-en-scène that occupies the entire Frank Lloyd Wright–designed rotunda. In dialogue with Wright’s all-encompassing aesthetic, Sehgal fills the rotunda floor and the spiraling ramps with two major works that encapsulate the poles of his practice: conversational and choreographic. To create the context for the exhibition, the entire Guggenheim rotunda is cleared of art objects for the first time in the museum’s history.

Tino Sehgal is made possible by the International Director’s Council of the Solomon R. Guggenheim Museum. Additional funding is provided by the Institut für Auslandsbeziehungen, the Juliet Lea Hillman Simonds Foundation, and the Consulate General of the Federal Republic of Germany. The Leadership Committee for Tino Sehgal, with founding support from Marian Goodman Gallery, is gratefully acknowledged.

When one thinks of Hilla Rebay, the words artist, curator, founder, and director of the Guggenheim Museum often come to mind. But her interests and initiatives as an art and museum educator have remained largely unrecognized. Hilla Rebay: Art Educator features some of her remarkably progressive efforts to provide a variety of audiences—from youth and teachers to artists and museum visitors—with opportunities to learn about nonobjective art, or art without representational links to the material world.

Rebay had a clear vision of how the museum should function, as well as how it should present nonobjective paintings. As museum director, she gave gallery talks and instructed her staff, comprised primarily of artists, to "advise people who visited the museum." The paintings on view were purposefully hung close to the floor and accompanied by comfortable gallery seating and music to encourage sustained, contemplative viewing of the works. Comment books in the galleries enabled visitors to share their responses. Study prints and posters were sent to individuals and schools free of charge. Nonobjective works submitted to the foundation offices were returned along with a written critique, and Rebay would sometimes note her "corrections" directly on the canvas or paper, in the tradition of the European masters. Painters of promise were awarded scholarships and funding for art supplies.