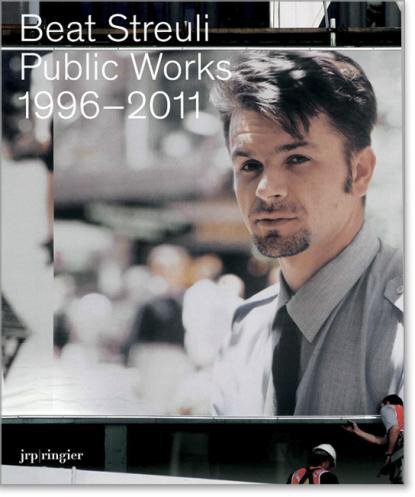 Public Works 1996-2011. Book launch. Swiss artist Beat Streuli takes the urban environment and its inhabitants as the central motif of his work. His photographs are neither documentary nor conceptual: rather they lead us to a form of aesthetics that one could describe as the "glamour of the usual." This monograph is a survey of his oeuvre of the last 15 years, which includes billboards and large-scale window installations on the facades of public buildings, and a selection of his installations of slide and video projections. Streuli by Streuli: an extensive image sequence mostly taken by the artist himself documents Streuli's rejection of the classic museum exhibition context. Instead he takes the photographs back to their place of origin-public space. With newly commissioned texts by Raymond Bellour, Roberta Valtorta, and Jonathan Watkins. Published by JRP/Ringier with the Museo di Fotografia Contemporanea, Milan, and the Ikon Gallery, Birmingham. Jonathan Watkins, director of Ikon Gallery in London, interviews the artist.