Talk in the context of Film as Sculpture 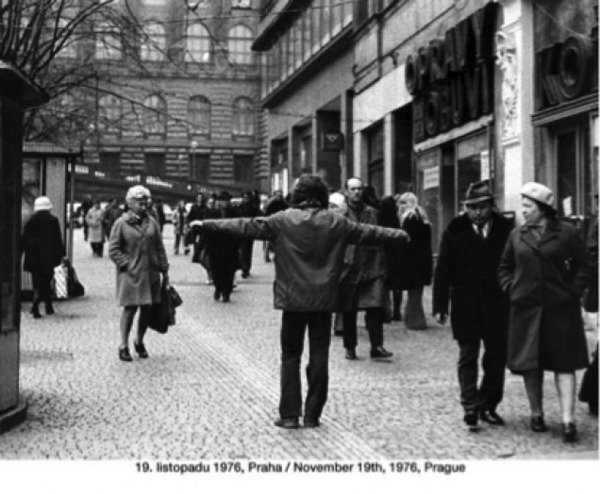 In the context of Film as Sculpture, Jiri Kovanda (b. 1953 in Prague. Lives and works in Prague), one of the most significant conceptual artists of the Czech art scene, speaks about his practice. From his first performances, held in public space in Prague in the mid-1970's, where his precisely scripted, minimal and apparently mundane actions were recorded through photography and text, to his later installations, paintings, and staged interventions, Kovanda has remained an important influence on later generations of artists. Film as Sculpture features The Nervous System, a piece made by Zbynek Baladran in collaboration with Kovanda, a frequent collaborator and inspiration on the younger artist's practice. Kovanda's presentation is supported by the Czech Centre in Brussels.