English artist Simon Starling, who won the prestigious Turner Prize in 2005, is celebrated for his erudite projects: "My work is about material on a very fundamental level - about stuff, about atoms." 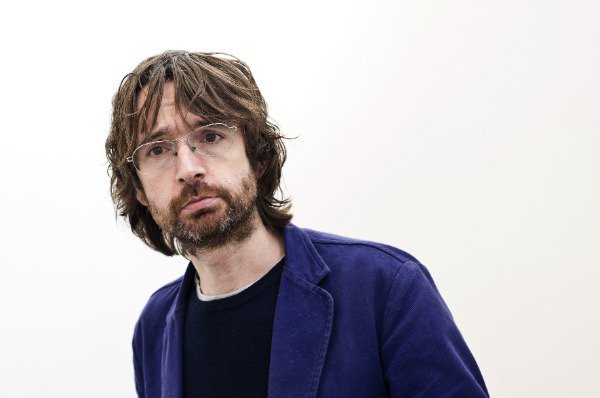 My work is about material on a very fundamental level
—about stuff, about atoms.
—Simon Starling

English artist Simon Starling, who won the prestigious Turner Prize in 2005, is celebrated for his erudite projects. His works explore the legacies of modernism and globalisation by addressing peculiar histories surrounding specific objects and sites of art, design, and science. While they mine real histories, there is always something unexpected, excessive, witty, perverse, serendipitous, convoluted, or crafty about them.

Starling is visiting Australia for the opening of his exhibition In Speculum at Melbourne's Monash University Museum of Art (18 July–21 September 2013).

Curator Max Delany writes, 'In Speculum engages nineteenth-century astronomy and the evolution of cinema, the invention of flight and its relationship to modernist architecture, the sculpture of Henry Moore and the political machinations of the Cold War, and the 2012 transit of Venus. Starling’s work makes dramatic leaps through time and space, taking the viewer on fascinating journeys, which explore the social, cultural, and material histories of artistic, scientific, and industrial manufacture.'

Starling's lecture is a joint project by IMA and QAGOMA. As always, admission is free. No bookings: first in, best dressed.

High-res images are on the Media page of our website. For further information contact Karike Ashworth (media@ima.org.au).